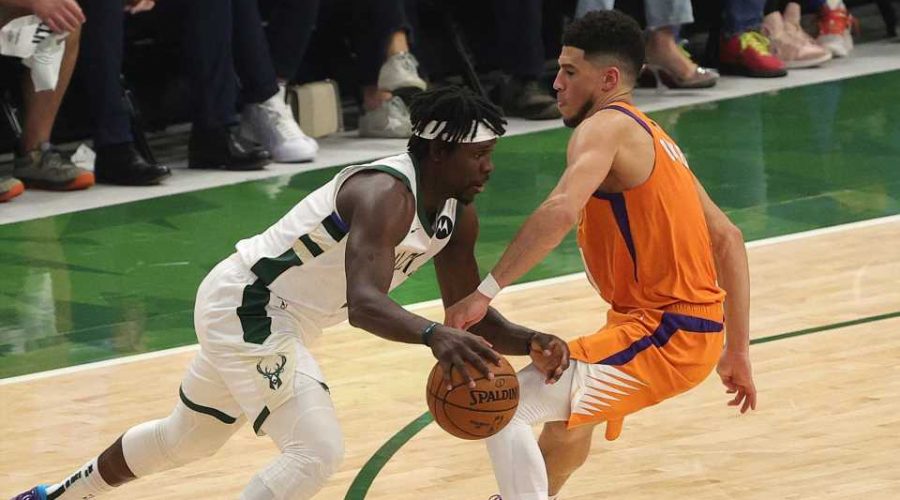 You don’t have to tell Chris Paul. He knows that he must step up in order for the Suns to defeat the Bucks and capture the 2021 NBA championship.

In Phoenix’s Game 4 loss, Paul scored 10 points on 5-of-13 shooting and turned the ball over five times. The All-Star point guard, who averaged 2.2 turnovers per game during the regular season, has 15 turnovers in his last three games. Paul’s uncharacteristic slip-ups have left some wondering if he is dealing with a hand injury, but he dismissed any concerns about his health status.

“It’s something I don’t dwell on,” Paul said of the turnover troubles during his Friday media availability. “Even though it may be an anomaly for me, it happens. I turned the ball over hella times before. End of the day, we got to win the game. And me turning the ball over is not giving us enough shots at the basket. So, I’ll figure it out.”

Milwaukee, meanwhile, finds itself in a much better place returning to Phoenix than when it left. After falling into a 2-0 hole, the Bucks responded with better all-around efforts in Games 3 and 4, turning the remainder of the NBA Finals into a best-of-three series.

“Sometimes when you are down 0-1 or down 0-2, whatever the case might be, you don’t really care about that,” Bucks star Giannis Antetokounmpo said. “You care about how can you get one, how can you get a second one. Then you kind of build momentum and good things happen. So, I think we got to give credit to all the winning habits we built throughout the year that we are able to know that when we’re down, we still figure out ways to win games.”

Will Milwaukee take Game 5 for its third consecutive win? Or can Phoenix bounce back on its home court?

Here is everything you need to know to watch Bucks vs. Suns, including the tipoff time and TV channel for Saturday’s game.

What channel is Bucks vs. Suns on?

Bucks vs. Suns will be broadcast live on ABC. You can live-stream Game 5 via Watch ESPN or the Watch ESPN app.

The game can also be streamed on fuboTV, which offers a 7-day free trial.

Game 5 of the NBA Finals will tip off at 9 p.m. ET. The series will shift from Phoenix back to Milwaukee for Game 6.

It’s easy for cable subscribers to stream the NBA Finals by signing into the ESPN app on any device. For everyone else, the process is slightly more complicated.

There are several OTT TV streaming options that carry ABC, including fuboTV, Sling, Hulu, YouTubeTV and AT&T Now. They all require sign-ups through their websites. Of those services, fuboTV, Hulu and YouTubeTV offer free trial options.

Below are links to each live-streaming option for Game 5 of Bucks vs. Suns.