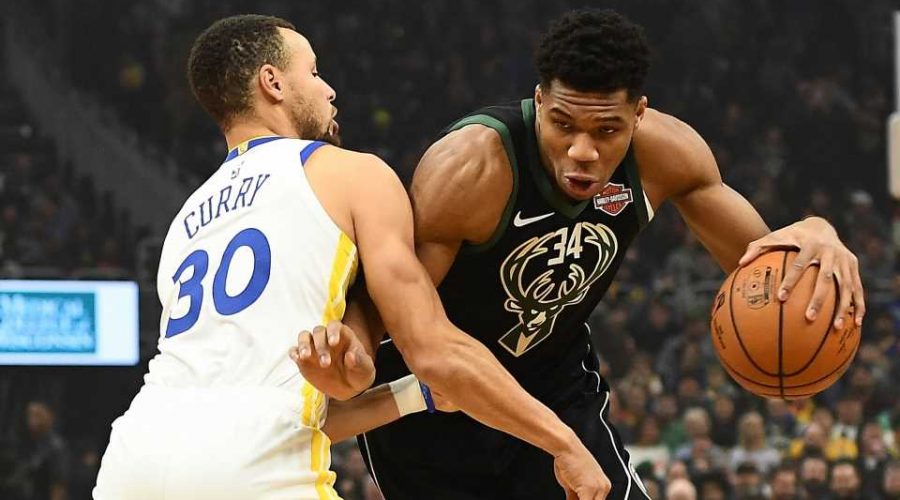 Thursday night’s clash between the Warriors and the Bucks is the first of a two-game season series, with the second game set for a couple of months later on Mar. 13.

The defending champions come into this game off a rough stretch, having lost four of their last five including two consecutive against the Hornets in Charlotte.

In the midst of this spiral, their lone victory was an impressive one against the Nets in Brooklyn where reigning Finals MVP Giannis Antetokounmpo stuffed the stat sheet with 31 points, nine assists and seven rebounds in just 27 minutes of action.

This Milwaukee franchise is no stranger to rough patches over the course of a season, having started out 6-8 through the first 14 games. They rebounded from that difficult start, when they were marred with injuries and forced COVID-19 related absences, by winning 19 of their next 24 games.

The question is will the Bucks revival come against the Warriors?

For the Warriors, this contest is the first of a tough two-game stretch over the course of 24 hours. After playing the Bucks on Thursday, they have a quick turnaround and face the Bulls in Chicago on Friday.

At the halfway mark of the season, with the return of their veteran guard Klay Thompson – who could play the first of these games in Milwaukee – how will the Dubs fare in this test?

The status for the team’s veteran forward Draymond Green is in doubt, given that he is day-to-day and hasn’t travelled with the team to Memphis. As per the report by the Undefeated’s Marc Spears, he could return later this week but it is uncertain which of the games – Milwaukee or Chicago – will he re-join the line-up.

What time does Warriors vs. Bucks start?

What channel is Warriors vs. Bucks on?

After a truncated season in 2020-21, the NBA has returned to its standard 82-game format for the 2021-22 campaign, which is the league’s 75th anniversary season.

January 13, 2022 NBA Comments Off on Warriors vs. Bucks live streams: How to watch TNT game without cable
NFL News