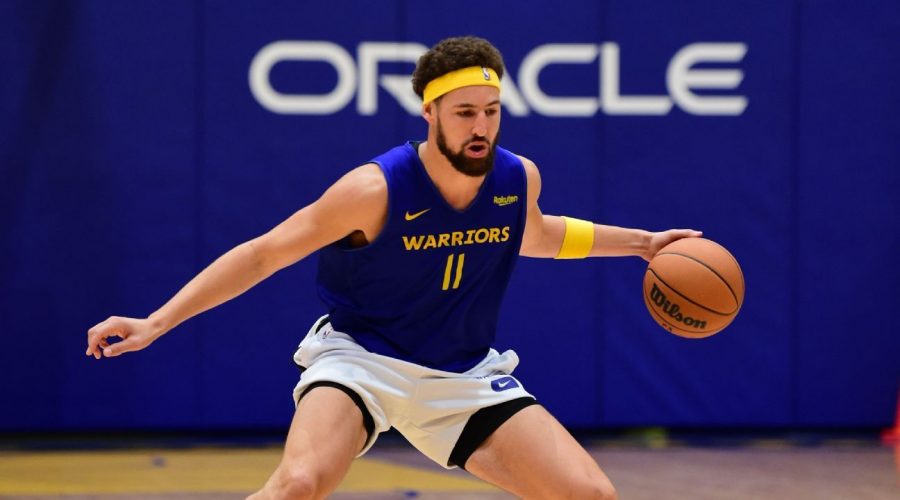 Nick Friedell is the Chicago Bulls beat reporter for ESPN Chicago. Friedell is a graduate of the S.I. Newhouse School of Public Communications at Syracuse University and joined ESPNChicago.com for its launch in April 2009.

SAN FRANCISCO — Golden State Warriors swingman Klay Thompson participated in a full-team practice on Tuesday for the first time since tearing his left ACL in Game 6 of the 2019 NBA Finals and his right Achilles in November 2020.

“It’s so exciting,” Thompson said. “Just to be running up and down the court and playing basketball, it’s truly a blessing and it makes coming to work so easy. The boring stuff’s behind me and now it’s just getting back in game shape — I got to stay patient because I can be an overeager person to get out there and play, but I’m just incredibly grateful to be out there. The work the training staff and I have done over the last two years is really paying off, and it’s hard to put into words how grateful I am to be playing basketball again.”

Thompson, who was cleared for 5-on-5 work with members of the Warriors support staff last week, has been in great spirits as his return to the floor inches closer. While the Warriors have been hopeful that Thompson could return around Christmas, coach Steve Kerr reiterated Tuesday that no return date has been set and they want Thompson to continue to build up his strength and stamina after being off the floor for so long.

“We don’t have a target date,” Kerr said. “What we have is a number of weeks ahead of us for certain where we’re going to play it out, keep letting him scrimmage as often as possible so that he’ll build that endurance. And I would think within a few weeks we’ll be able to finally sort of get a target date, but we don’t have one right now.”

For his part, Thompson seems content to continue putting in the rehab work and let his body tell him, in consultation with the Warriors’ medical staff, when he’ll be ready to play in games again. He knows that he’ll be on a minutes restriction whenever he does return, but he also understands that he’ll be joining a team that has exceeded early expectations and is riding a league-best 15-2 record into Wednesday’s game against the Philadelphia 76ers.

Thompson didn’t hesitate when asked if he felt the Warriors could win a title this season.

“Oh, yeah,” he said. “We’re 15-2. That’s a great indicator of [championship readiness] and our defense, I think it’s top three in the league as well as our offense — and I’m not even out there yet. Think about that. Really think about that. I’m more motivated than ever as well. I want a championship so bad. More than anything.”

Thompson said he has been motivated by critics who are doubting whether he and the Warriors can get back to the top.

“I wanted to be on that Top [75 list]. I wanted some recognition. I didn’t get it and that’s fine. You know how you get recognition? You go win. I just want to go win again. I want to win a fourth ring,” he said. “Not being able to compete for the last two years, I feel like I have a lot of pent-up energy to prove — not to anybody else, but to myself — I’m still one of the best.”