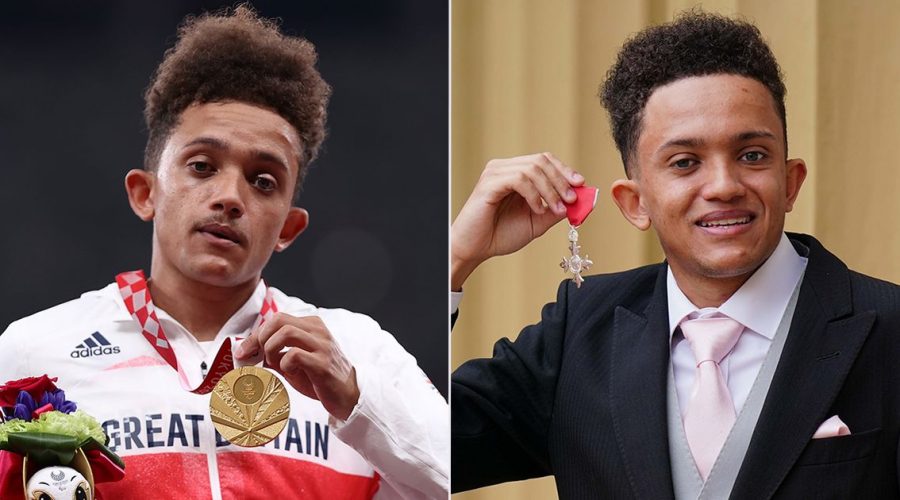 Paralympic champion Thomas Young MBE went from not knowing why he couldn't ride a bike to 100m glory in Tokyo and even being named in the 2022 New Year Honours for services to athletics.

The 22-year-old Londoner pursued a career on the track after being diagnosed with Neurofibromatosis type 1 – going on to become a triple European champion and a World silver medalist before striking Paralympic gold.

As part of Daily Star Sport's Belonging Project, Young, who achieved a personal best time of 10.94 seconds in the T38 100m back in August of last year, has explained why his path into Para Sport was not uncomplicated.

He said: "When I found out about my Neurofibromatosis it gave me lots of answers. I've never been able to ride a bike and struggled with my handwriting. I even had coaches at school wondering why I couldn't run in motion.

"When I started working we a new coach he pointed out to me that NF type 1 can be a pathway into Para Sport.

"I've always has a passion for sport and given it my best but the running was always different. My high-school teacher then suggested that athletics was the way and we then found the local athletics club in Loughborough."

Tell us your memories of the Tokyo 2020 Paralympic Games in the comments section below.

Neurofibromatosis type 1 is a genetic condition that causes usually benign tumours to grow along your nerves that can cause a range of symptoms that range from birthmarks to problems with the bones, eyes and nervous system.

Young's new found love for athletics was magnified by his love for Olympic icon Usain Bolt, who even sent him a message on Twitter after his Tokyo gold with Team GB.

He adds: "Watching Usain Bolt in 2008 was certainly an inspiration. Ever since that I watched him run constantly. Then a day after Tokyo I woke up with phone calls and texts to see his tweet. That was a magical moment."

Young has described just what he loves about having a career on the track and how he realised it could turn into a career thanks to some promising early performances.

He continued: "Even in training it's just me on the track and I feel free. Being able to do something you able for a career is a magical feeling.

"When I first went to get classified I did think that in a few years I could be among the world leaders, and my European Championships gave me confidence before the 2020 Olympics."

Despite his youth, the delayed Tokyo Paralympics felt like a life-changing opportunity for Young – who had to shelve the nerves that came from the threat of a Covid expulsion.

He saids: "Going to Tokyo in Covid was weird and even worrying. If you tested positive then that's your games over. Three weeks before when the Olympics were happening and athletes were pulling out and it must have been gutting.

"You just had to separate from that emotion and focus on the track. I knew I had won but it took me about 10 minutes to process that I had won gold at the Paralympics. It took time to realise what I had actually achieved.

Young was hit with the disappointment of having to withdrawn from the Birmingham Commonwealth Games earlier this year due to injury, but traveled to the Alexander Stadium to see both able-bodied and Para Sports going ahead concurrently.

He said: "It was so important for Para Sport. It is already massive in this country but to bring 30,000 into a stadium and to have them learn more it's unbelievable.

"Getting to see our home athletes run and win is so important."

A wise head on young shoulders, Young is ready to get himself back on the track in the near future and has an important message for those considering getting into athletics.

He concludes: "We want to get me back on the track but not to rush it. I'm taking it day by day and I have a great team behind me to oversee that.

"I love sport and competing and I would encourage everyone to get into Para Sport or able-bodied sport and I live by the quote that everyone is born a champion – it's just about finding out what you are a champion at."

September 21, 2022 NBA Comments Off on Thomas Young went from not knowing why he couldn’t ride a bike to Tokyo gold
NFL News