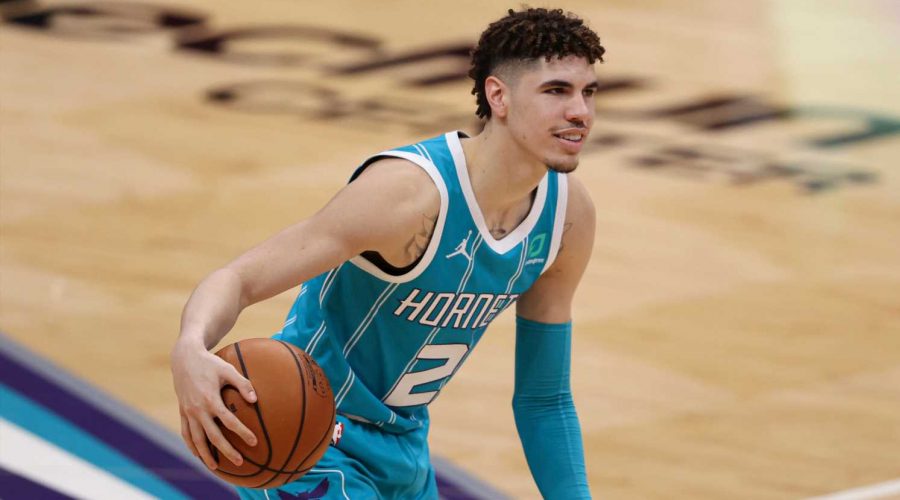 Name the pass, LaMelo Ball can throw it.

The pick-and-roll pocket pass, the football-style outlet pass over the defense, the lob, the crosscourt bullet through traffic, the no-look, the behind-the-back, the drive-and-kick, the chest pass to a shooter curling off a screen, the one-handed bounce pass, the skip-ahead, in the open court and in halfcourt sets.

And not just make the pass but throw the basketball with accuracy and purpose. It seems almost every Ball pass is a potential assist.

The Charlotte Hornets rookie does it with substance and style, and he possesses the mesmerizing ability to make the routine look magical and the magical look routine.

“He’s brought us a jolt of energy and a passion for the game that’s very genuine,” Hornets coach James Borrego said. “He ignites our locker room, he ignites our huddles. The positivity and joy more than anything on the floor has been a great jolt to our program.

“He’s a real joy to coach. He’s been fantastic in his play. I love having him.”

Ball averages 15.8 points, 6.3 assists and six rebounds, and if he finishes with at least those stats, he will become just the fifth  player in NBA player to average at least 15 points, six rebounds and six assists. A bonus: he is shooting a respectable 38.1% on 3-pointers.

That joy is obvious in watching both Ball and the Hornets. Charlotte is 20-18 and in fifth place, just one game behind Miami for fourth in the Eastern Conference.

The Hornets are improved year over year, ranking 15th in offense and 14th in defense this season – significant upgrades over last season’s 28th and 25th rankings, respectively.

It’s just not Ball. Signing Gordon Hayward as a free agent has been a huge boost along with veterans Bismack Biyombo and Cody Zeller, and Charlotte’s young core of Terry Rozier, P.J. Washington, Miles Bridges, Devonte Graham and Malik Monk is growing.

Borrego has implemented an offense that tries to take advantage of each player’s strengths, and in his 28 minutes per game, Ball often directs the offense.

The Hornets are a treat to watch, too. They share the basketball – tied for second in assists per game, No. 2 in passes made per game and No. 1 in points created by assists.

OWNING UP: Lakers' LeBron James on being part-owner of Boston Red Sox: 'My goal is to own an NBA franchise'

KLAY'S FUTURE: Why Warriors’ Klay Thompson optimistic about future after experiencing ‘worst year of my life’

Ball is at the center of that. This might teeter on the edge of NBA blasphemy but there’s more than an ounce of Magic Johnson, LeBron James and Jason Kidd in Ball’s passing. There’s not quite the razzle dazzle of a Jason Williams or Pete Maravich, but it's still impressive.

In watching each of Ball's 240 assists, themes emerge. If a teammate cuts to the basket, is open at the rim, runs the court on fastbreaks and gets free at the 3-point line, Ball will make every attempt to find him.

Ball has found a connection with Bridges, who might be the best in-game dunker in the league, an alley-oops. It’s not a coincidence this is Bridges’ best shooting season, and Ball has assisted on 42 of Bridges’ 140 makes.

Zeller and Biyombo have benefitted from buckets because of Ball’s passing. He has this one nifty pass where it looks like he’s going up for a one-handed shot in the lane and he drops the ball off for a big man.

“The thing that impresses me the most is that he’s got that special ability like a Luka (Doncic), a Russ Westbrook to be around the ball to make plays, to get rebounds, to push it, to find people,” Gordon Hayward said. “He just seems like he’s always around the ball. Defensively, he gets steals. It’s definitely a special ability, and he has it. It’s certainly a lot of fun playing side-by-side with him.”

Ball is quiet, like his brother Lonzo, who plays for New Orleans, and unlike his dad, LaVar, who likes his voice loud and with hyperbole. Ahead of two games this week in Los Angeles – near his hometown of Chino Hills, California, Ball answered questions from L.A-based reporters in two, three sentences.

But it’s clear his father’s coaching had a significant role in Ball’s development. Asked where his court vision comes from, Ball said, “Just growing up and my pops having me play up to see stuff at a young age so I guess I’ve just always seen the passing lanes.”

Ball took a different route to the NBA that didn’t include college basketball. He played at Chino Hills High, professionally in Lithuania, then prep ball at Spire Institute and Academy and played 12 games for Australia’s Illawara Hawks in 2019-20. But NBA scouts and executives never wavered from calling him a top-five draft prospect. They saw the talent.

“He’s got premium confidence every time he steps on the floor no matter who he’s playing against,” Borrego said. “He believes his shots are going in, he believes he’s going to win, he believes he can win the matchup. As you look at Gordon and LaMelo, it’s brought us great confidence. We believe we can go out every night and play against the best and these two guys — and LaMelo at 19 – believe the same thing.”