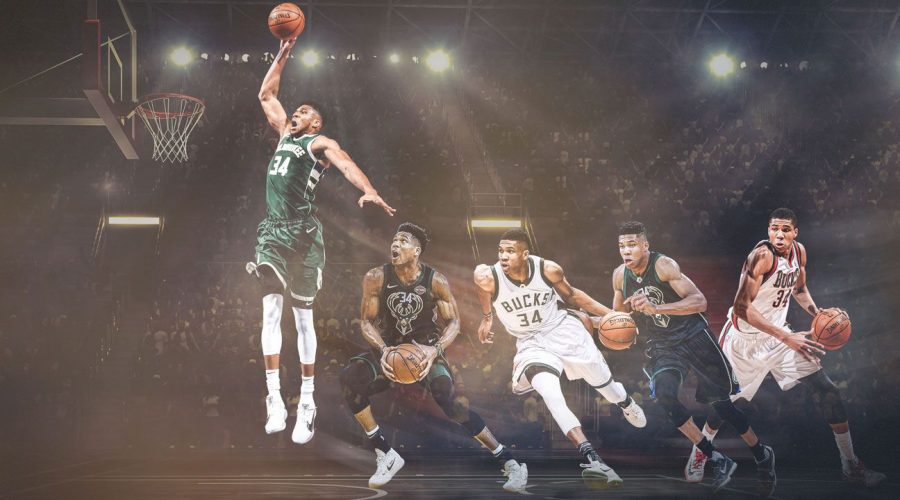 MILWAUKEE — With 19.8 seconds left in Game 6 of the 2021 NBA Finals, Giannis Antetokounmpo walked down the floor alone, arms spread, smile wide, and implored the home crowd in Milwaukee to boost its exuberance even more. In a few short moments, he’d lead a celebration 50 years in the making, as the Bucks’ clinched the 2021 NBA title with a 105-98 victory.

Few achievements can eclipse a 50-point masterpiece in a close-out win for a championship. With Antetokounmpo’s performance on Tuesday night, he can now claim his rightful place in the pantheon of NBA legends.

The Game 6 win exhibited the full breadth of his extraordinary game. For 42 minutes, he knifed through the Phoenix defense and assaulted the rim. A 6-foot-11 force with innumerable skills, he controlled the glass like a center and handled the ball like a point guard. An elite All-NBA defender, he swatted away five shots and spent much of the fourth quarter on Chris Paul. And then there were the free throws. Those free throws. In the signature game of his career, he exorcised his most persistent demon, draining 17 of his 19 attempts from the line.

For his efforts, just two weeks after suffering a hyperextension of his left knee, Antetokounmpo won Finals MVP. He joins Michael Jordan and Hakeem Olajuwon as the only players in NBA history to win that award, regular-season MVP and Defensive Player of the Year.

Most of all, the title culminates a remarkable journey that started in the modest Athens neighborhood of Sepolia as the child of Nigerian immigrants. A child whose first love was soccer, Antetokounmpo didn’t start playing basketball until he was 12 years old and competed in Greece’s second-tier league just one season before he landed in Milwaukee as the No. 15 pick in the 2013 draft — an obscure prospect scouted by only a handful of NBA teams.

Here are eight stories that capture the astonishing rise of Giannis Antetokounmpo.

An uneven season, but signs of limitless potential

A few weeks after he concluded his rookie season with the Bucks in 2014, Antetokounmpo strolled through the buffet at Mandalay Bay filling up his plate. Las Vegas Summer League is one of the first rites of passage for incoming rookies and second-year players who still need some polishing, and the 19-year-old Antetokounmpo was getting additional reps after an uneven first season.

With his impossibly long arms, Antetokounmpo reached over an entire row of side dishes and scooped up some mashed potatoes from the far side of the buffet, then folded his 6-foot-10 frame into a table. The previous night against the Utah Jazz, Antetokounmpo assumed point guard duties for the Bucks’ summer league squad. Though he appeared on only one of 100 Rookie of the Year ballots — a single third-place vote — Antetokounmpo tantalized the Bucks with flashes of jaw-dropping physical skills and the faint outlines of what could be a complete do-it-all star.

July 21, 2021 NBA Comments Off on The evolution of Giannis, from little known prospect to an NBA champion
NFL News