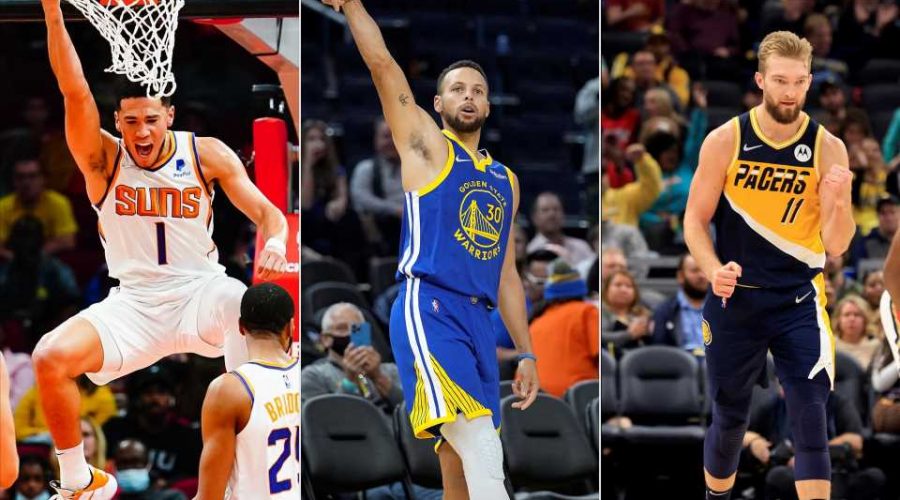 Sometimes the apple doesn’t fall too far from the tree.

Want to feel old? Nothing ages you quite like watching a professional game that features the progeny of a player whose career you also followed. Or how about Carmelo Anthony playing against Rockets forward Kenyon Martin Jr. after spending nine seasons as the teammate of Kenyon Martin Sr.?

The picture says it all.

Below, find the complete list of second-generation NBA players in the 2021-22 season.

Coffey, who is on a two-way contract with LA, is the son of Richard Coffey, who played for the Timberwolves in the 1990-91 season.

Crowder’s father, Corey Crowder, appeared in 58 games over two seasons with the Jazz and Spurs.

Seth and Stephen’s father Dell Curry, who is now the TV analyst for the Hornets, was the 1994 NBA Sixth Man of the Year.

Son of Terry Davis, who played for the Heat, Mavericks, Wizards and Nuggets over the course of a 10-year career.

Son of Tim Hardaway Sr., who earned five All-Star and five All-NBA selections in his career.

Son of Jaren Jackson Sr., who won the 1999 NBA title as a member of the Spurs.

Love’s father, Stan Love, played in 227 NBA games over four seasons and an additional 12 games in the ABA.

Father, Doc Rivers, is the head coach of the 76ers and a 13-year NBA veteran.

Son of Arvydas Sabonis, who averaged 12.0 points and 7.3 rebounds in seven NBA seasons with the Trail Blazers.

Thompson’s father, Mychal Thompson, was the first overall pick of the 1978 NBA Draft and a two-time NBA champion.

The elder Gary Trent was selected 11th overall in the 1995 NBA Draft and enjoyed a nine-year career.

Wiggins’ father, Mitchell Wiggins, played for the Bulls, Rockets and 76ers during his six-year career.