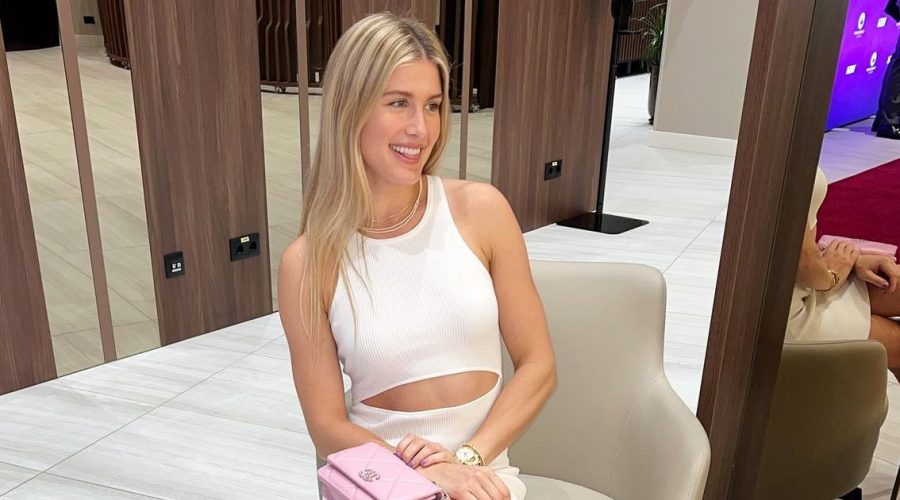 Tennis beauty Eugenie Bouchard has let her male army of fans know what qualities they need to catch the heart of the former Wimbledon finalist.

Bouchard, who regularly wows her 2.3 million followers with saucy snaps on Instagram, was in a relationship with Pittsburgh Steelers quarterback Mason Rudolph for almost two years. However, the two sporting celebs split in March, with the Canadian having remained single since.

And whilst Bouchard, who was No 5 in the world but now struggles for a WTA ranking, has expressed her desire to meet another "athletic" partner. However, it seems a fellow tennis star is a big no-no. “Well, I would say, definitely, I wouldn’t want to date someone in the tennis world because it would just be so much tennis, I feel like non-stop,” she told the Golf, Mostly podcast with Michelle Wie West and Hally Leadbetter.

“On the one hand, they would probably relate with you more than anybody, but on the other hand, it’s like my friends. My friends are mostly out of tennis and I like to text or call someone and talk about totally different stuff than tennis because my entire day is tennis, so I feel like the same would apply to dating,” she added.

The 28-year-old, also a semi-finalist at the Australian and French Open, did concede that “someone athletic is obviously ideal.” But she also outlined a number of non-sporting qualities among her idealisms.

“Respectful, but also confident,” Bouchard said. “I think confidence is very attractive and someone who’s funny, personality matters. After a while, looks fade, and if this is someone who is going to be someone for the future, then you got to make each other laugh and be friends.”

Bouchard has never been afraid to share her chequered dating history, once publicly recalling one nightmare night with a male companion who was sick continuously. "I went on a date with a guy once, we went to the beach and he had food poisoning and he ran to the bathroom to throw up every 20 minutes," she said.

Are relationships between sporting celebrities a bad idea? Let us know in the comments section.

"It was just a disaster, it was so bad. We tried to chill out on the beach and have fun, but he would keep disappearing, behind bushes, to the bathroom in the clubhouse, it was bad."

Bouchard also once backed NFL side the Atlanta Falcons to beat the New England Patriots in the 2017 Super Bowl, showdown, which prompted one of her social media followers to bet a date with her if she was wrong. After the Falcons lost, the star surprisingly honoured the agreement, meeting several times with student John Goehrke.