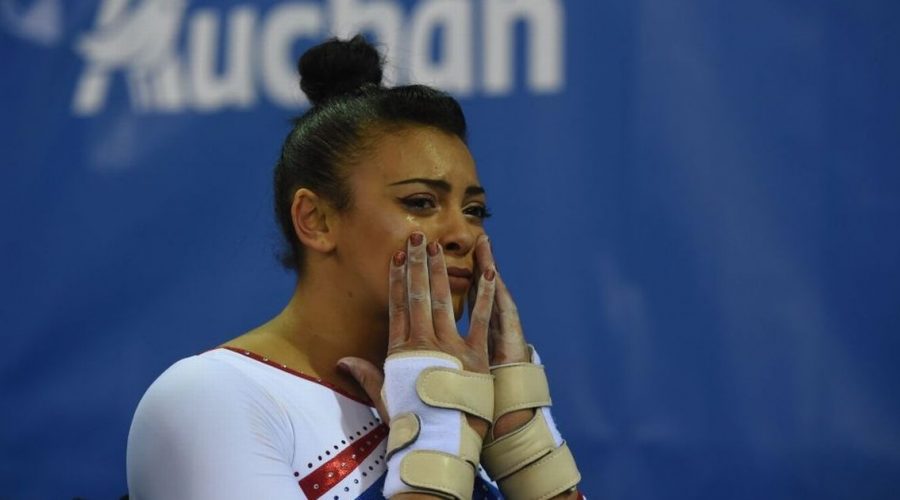 Former Olympian Downie has walked away from the sport after claiming 12 medals in her career – most memorably a stunning all-round European Championship gold in 2017.

It is a sad ending for Downie, who had spoken out in 2020 with sister Becky about the 'ingrained' abusive behaviour within British Gymnastics that had become 'normalised'. And an independent review found last year that there was "systemic" physical and emotional abuse in the sport across Britain.

The sport's governing body has since published a list of reforms, but Downie – who competed at the Rio 2016 Games but didn't compete at the Tokyo Olympics – has now decided to retire.

Downie had been preparing for a comeback after a spell not competing due to injury and the tragic sudden death of her brother Josh in May 2021. But she was devastated to miss out on the Tokyo Games, and the final straw proved to be her non-selection at the following World Championships.

"I got asked to be a reserve before trials, but then to not get picked it put me in a very low state," she told BBC Sport. "Ultimately I knew I couldn't carry on, because I didn't think I would ever get picked again." And in an emotional statement released on social media on Monday, Downie confirmed her retirement. "With a heavy heart and an array of emotions, today is the day I announce my retirement from gymnastics!" she wrote.

"To say it has been a difficult decision is a massive understatement, but after a really tough last few years, I've made the decision to prioritise my mental health and happiness.

"Gymnastics has been my life for as long as I can remember and I am proud of everything I was fortunate enough to achieve in the sport."