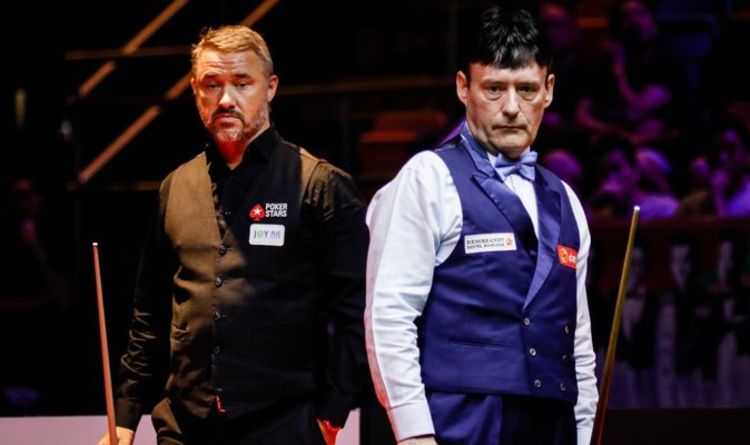 Stephen Hendry and Jimmy White will write a new and unique chapter in their historic rivalry on Monday night when the duo face off in the first qualifying round of the World Snooker Championships.

Hendry marked his comeback to the sport last month at the Gibraltar Open – his first competition in nine years.

He was knocked out in the opening round but Hendry admitted at the time that his sole focus was to work towards this year’s World Snooker Championships at the Crucible.

Hendry had in fact been practicing with White upon his return, but that immediately stopped after the qualifying draw was made.

The two snooker icons struck up an intense rivalry in the 1990s, often meeting in the final of snooker’s marquee event.

Now the tables have turned with the duo fighting to be included in next week’s main draw.

JUST IN: ‘You’re winding me up?!’ Stephen Hendry speechless at Jimmy White draw 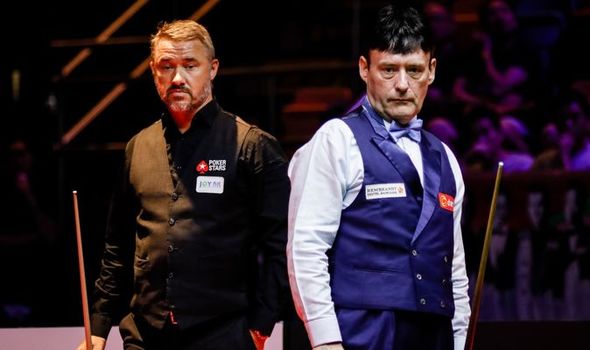 Unfortunately, tonight’s match will be not be televised with Eurosport holding the rights for the World Snooker Championships.

Fans will have to tune into the Eurosport app or Eurosport website to watch the qualifier live.

World Snooker Tour chairman Barry Hearn had attempted to get the match moved on to television – knowing the kind of audience the White-Hendry match would draw – but he’s been unable to persuade Eurosport.

“I’m having this conversation with Eurosport,” Hearn said last week. 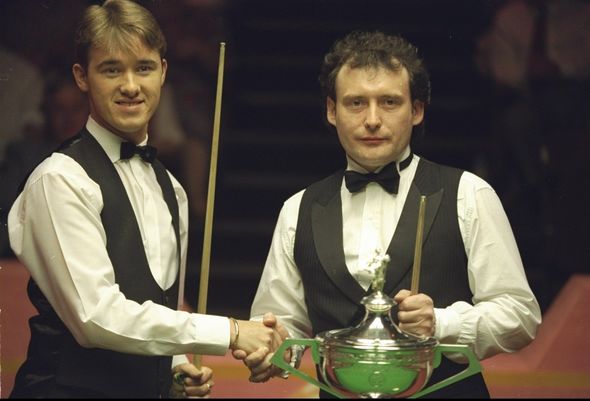 “Eurosport own the rights, I would like it on more than just the Eurosport app, but of course they’re a little bit possessive of their own rights.

“It’s a struggle, I’m nagging, I’m trying my best. It deserves to be on a more open platform. But of course, if you’re a rights owner you have the final call.”

Hendry or White will have four qualifying rounds to navigate before the main draw gets underway on April 17.