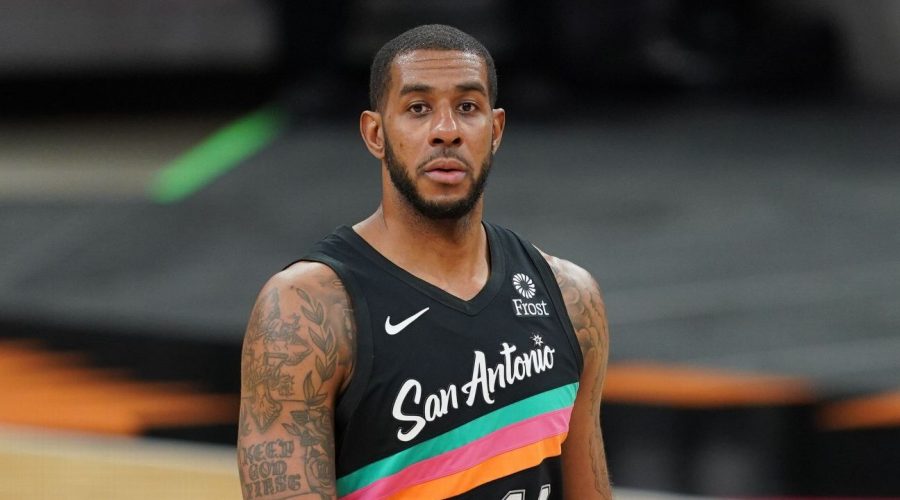 The San Antonio Spurs and veteran power forward/center LaMarcus Aldridge have mutually agreed that he will not return to the team, coach Gregg Popovich announced Wednesday night.

The Spurs are engaged on several fronts with potential trades for Aldridge and believe they can find a deal — perhaps even in the next week — and avoid the need to negotiate a contract buyout, sources told ESPN’s Adrian Wojnarowski.

If there’s no trade for Aldridge before the March 25 trade deadline expires and a contract buyout does come into play, many of the league’s top teams are privately expressing interest in adding him as a free agent, sources said.

Aldridge, 35, a seven-time All-Star, has been given permission to “work on some opportunities elsewhere,” although he officially remains on the Spurs’ roster for now. He has an expiring contract with a $24 million salary.

“He’s been a great teammate. No problem there,” Popovich said during his virtual pregame media availability. “We just think this is a win-win for both LaMarcus and the club. When an opportunity arises, that’ll be up to management, his agent and that sort of thing, and we’ll all move forward.”

Aldridge missed eight of the Spurs’ final 11 games before the All-Star break due to hip and quadriceps injuries. He came off the bench in the three games he played during that stretch, playing as a reserve for the first time since he was a rookie with the Portland Trail Blazers in 2006-07.

The Spurs won six of the eight games that Aldridge sat out, going into the All-Star break with an 18-14 record. They are in seventh place in the Western Conference standings.

Aldridge has averaged 13.7 points and 4.5 rebounds in 25.9 minutes per game this season, shooting 46.4% from the floor and 36% from 3-point range. His scoring average and minutes are his lowest since his rookie year.

In Aldridge’s last game with the Spurs, he scored two points in 15 minutes in a 124-113 overtime loss to the Brooklyn Nets on March 1.

“He’s done everything we’ve asked,” Popovich said. “At this point, we’d just like to do something that will work for him as much for our club, because he deserves that.”

Aldridge averaged 19.5 points and 8.0 rebounds per game during five and a half seasons with the Spurs, whom he signed with in free agency after spending the first nine seasons of his career in Portland.