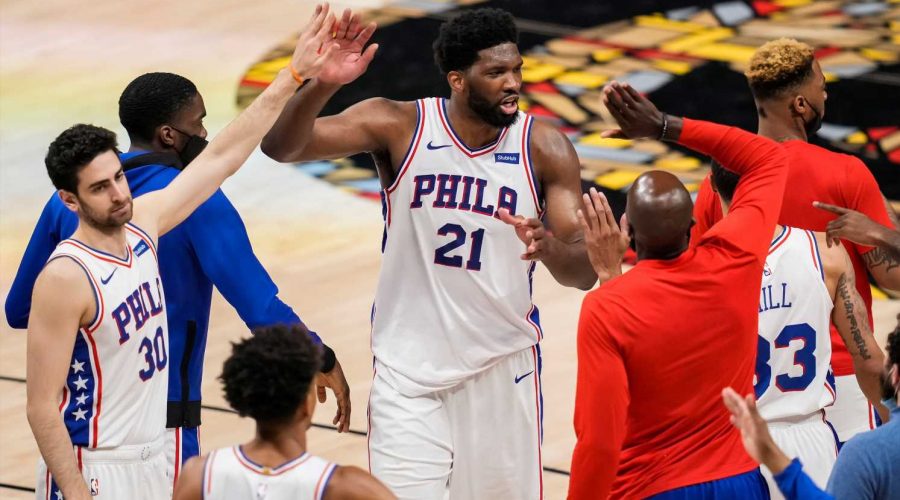 The top-seeded Philadelphia 76ers needed an undrafted, veteran guard and the 21st pick in the 2020 NBA draft to help extend their season.

Seth Curry, the younger brother of Steph Curry, scored 24 points, and Tyrese Maxey had 16 points and seven rebounds off the bench as the Sixers defeated the Atlanta Hawks 104-99 in Game 6 of this Eastern Conference semifinal series.

All-Star center Joel Embiid’s putback gave the Sixers a 96-93 advantage, and he followed with two made throws, pushing Philadelphia’s lead to 97-93 with 1:15 left in the fourth quarter. Maxey made 3-of-4 free throws in the final 27.2 seconds.

Game 7 is Sunday in Philadelphia (8 p.m. ET, TNT). The winner will play the winner of Milwaukee-Brooklyn in the conference finals, which begin Wednesday.

The Hawks went to Hack-A-Simmons midway through the fourth quarter, and Ben Simmons made 2-of-4 and extended Philadelphia’s lead to 88-81. Sixers coach Doc Rivers was forced to replace Simmons with Maxey, whose production was necessary with Simmons in foul trouble most of the game.

The Sixers had a sloppy and uninspired first half with their season on the line but trailed just 51-47. They started the third quarter with a 14-0 run for a 61-51 lead. Curry had 11 of those points, nine on 3-pointers.

Trae Young led the Hawks with 34 points and 12 assists, and Kevin Huerter had 17 points but just two in the second half. Clint Capela added 14 points and 11 rebounds.

Atlanta’s offensive struggled in the second half with 48 points on 38% shooting. The Hawks also made just 13-of-24 free throws.