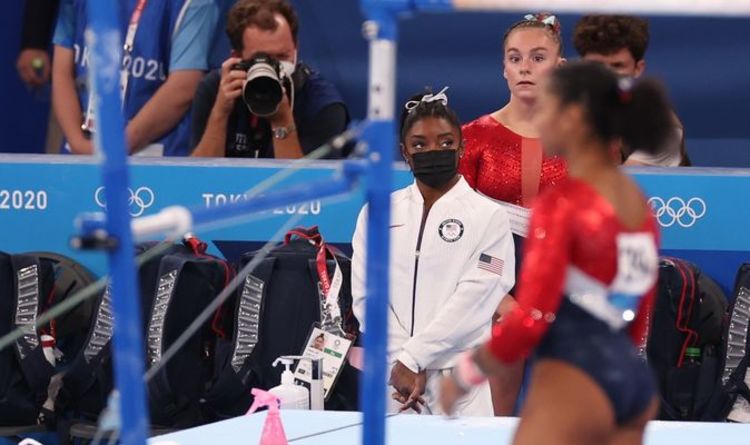 Simone Biles has pulled out of the team final following a rare error in the opening rotation for USA. The American icon has been dubbed the golden girl of gymnastics due to her incredible record.

And there has been some suggestion that this could be her final Olympics with USA the strong favourites with her on board.

There were some mistakes in qualifying though as the ROC finished top with Biles admitting that she felt immense pressure before the Games.

Better performances from Biles were expected in the team final with USA starting on the vault.

She opted to go with a routine of a 5.8 difficult rating and was meant to do an Amanar but instead opted for a Yurchenko one-and-a-half and failed to hit the landing with a score of 13.766.

That was her lowest score on the vault in years and she soon left the floor with her trainer with her bag.

It was not immediately clear whether that meant Biles was withdrawing from the final, but when she returned, the 24-year-old had her right foot wrapped up.

And, most noticeably, she had put on a tracksuit over the top of her leotard in a clear sign that she wasn’t going to be competing again.

NBC then stated on air that Biles would indeed take on further part in the team finals, leaving just three athletes to compete.