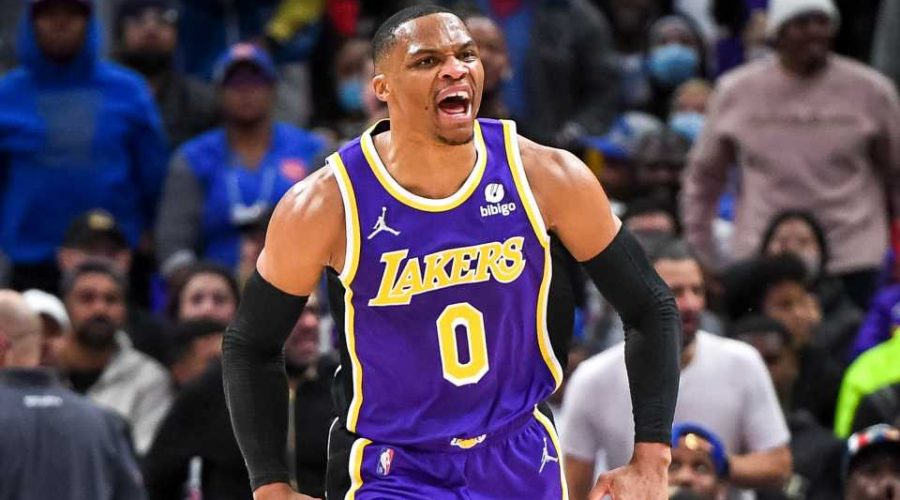 Why was Russell Westbrook hit with a foul? It’s a bit technical.

The Lakers and Pistons Sunday-night tussle led to a LeBron James ejection, a bloodied and ejected Isaiah Stewart and a technical foul on Russell Westbrook.

Westbrook, though, had no idea he had been assessed a technical foul until he was informed of it after the game by reporters.

I got a tech? Oh, wow. Why’d I get a tech? I didn’t know I had a tech. Well, that’s interesting. Well, you know, just being Russell I guess. When you’re Russell Westbrook, you just try to do anything, apparently. I don’t know what I did but whatever. Gotta put it on somebody. I’m an easy person to put the s— on, why not me?

While Westbrook didn’t seem to have done much during the incident, he clearly drew the ire of Stewart in the aftermath of the punch. With LeBron nowhere in sight, the Pistons forward turned his sights to Westbrook as the two sides had to be separated several times.

Referee Scott Foster explained Westbrook’s technical foul following the game, naming him as an “escalator and not a peace maker,” resulting in the technical foul.

It’s not the first time “Brodie” has been assessed a tech. In fact, he sits inside the NBA’s top 10 all-time technical foul list, and already has five in the 2021-22 season. Westbrook is also the NBA’s current active leader in techs.