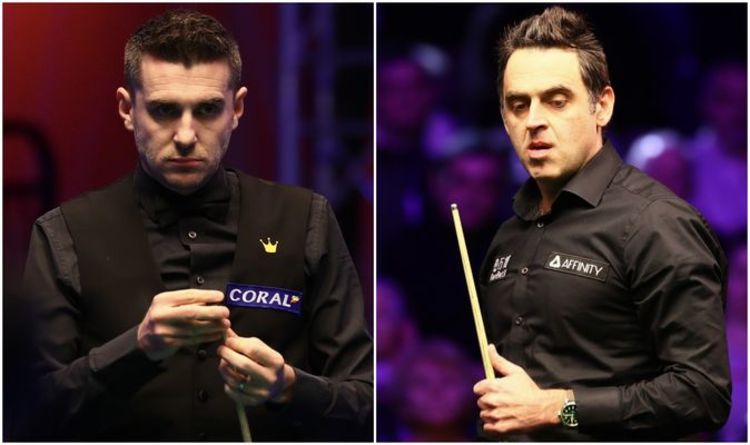 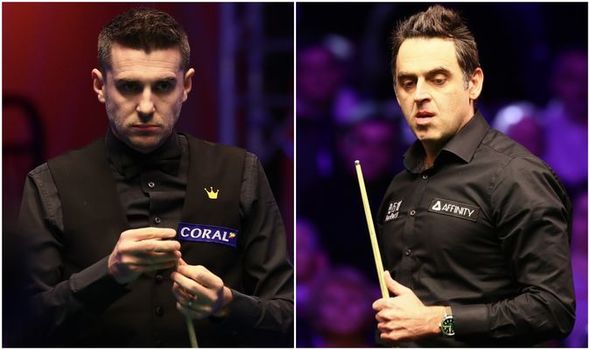 Mark Selby has vowed to stick up to Ronnie O’Sullivan and not be intimidated by the “little antics” of ‘The Rocket’ and insists his snooker rival has been up to more misbehaviour around the table of late because he is not happy with his own form. Selby however says he has no personal problems with O’Sullivan despite heated recent meetings.

The pair clashed at the World Snooker Championship in August as O’Sullivan came from behind to win their semi-final clash 17-16 before beating Kyren Wilson in the final.

Speaking after, Leicester potter Selby declared that some of O’Sullivan’s shots were “a bit disrespectful” and said: “There’s not many players who will get down and just hit them 100 miles per hour when you put them in a snooker.”

But O’Sullivan hit back: “If I’m snookered, I’m going to smash them all over the gaff. The rule is so bad, it’s there to be abused.

“You know if there’s an advantage in him missing it. In certain shots, there isn’t. It’s just painful having the ref put it all back. I haven’t got time for that, man!”

The duo met again in the Scottish Open final in which both players exchanged words on several occasions in a tense affair which Selby won 9-3 to avenge his World Championship defeat. 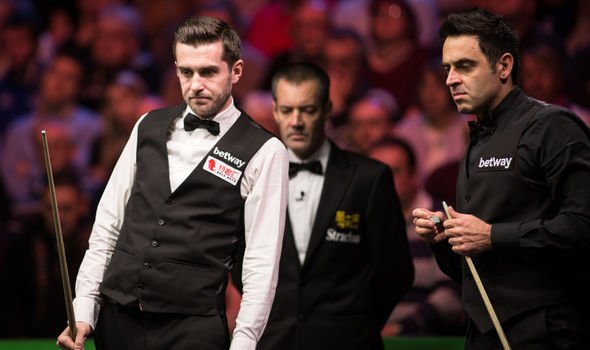 Selby and O’Sullivan both accused each other of deliberate distractions as they tried to play shots, the six-time world champion labelling his opponent’s behaviour “a bit strange”.

But the 37-year-old ‘Jester from Leicester’ says he and the 45-year-old O’Sullivan, who has more ranking titles than any other player with 37, are fine away from the table ahead of the Betfred Masters, which begins on Sunday night.

Speaking to SportingLife.com, Selby declared: “I think our relationship is fine in general. There are no issues off the table. I have as much respect for him as any other player off the table.

“But on the table Ronnie is Ronnie sometimes, and he obviously does things other people don’t do. There are little antics. You have to try to blank it out and just get on with it.

“Early on in the Scottish Open final, I was on one shot and he was stood up in his chair. Just as I was about to pull the cue back to play the shot, he started chalking his cue. 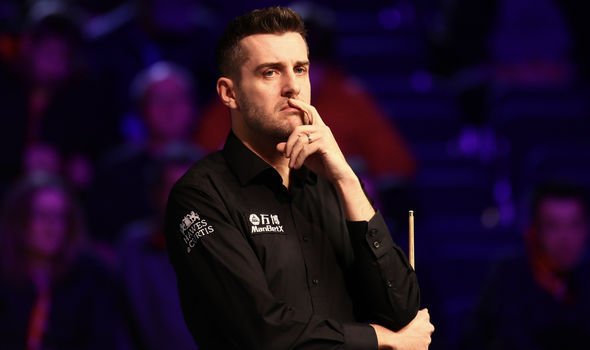 “So I stood up and looked at him, and he pulled a face and sat down, as if to say he was sorry. He knew what he was doing.

“There’s no way in the world he didn’t know that I was down on the shot. So it’s a little bit naughty. Then he accused me of moving a bottle of water when he was on his shot, and he wasn’t even on his shot at the time.

“[The referee] Leo [Scullion] came over to me and said, apparently I was moving my water when he was on his shot. I said ‘whatever, Leo’. I knew I wasn’t doing it.

“If I was doing it I’d have been the first one to apologise and say sorry, but he wasn’t even down on his shot. People do things at certain times, don’t they?

“Because I pulled him up [on the chalking], he probably felt like he had to pull me up on something. And then he pulled me up for nothing.”

And Selby, winner of 19 ranking titles and ranked No 4 in the world, insists O’Sullivan has played up more often in recent occasions because he’s not happy with his form.

That’s with tempers having also become frayed when O’Sullivan faced Mark Allen in November at the Champion of Champions evefnt, Allen accusing him of being a “bully”.

“If everything is going great and you’re flying, you don’t seem to notice anything. I wouldn’t fall out with anyone, but I’ll always be willing to stand my ground if I feel like I’m in the right.

“I’ll stand my ground and argue, whether it’s Ronnie, Mark Allen, Neil Robertson or anyone.” 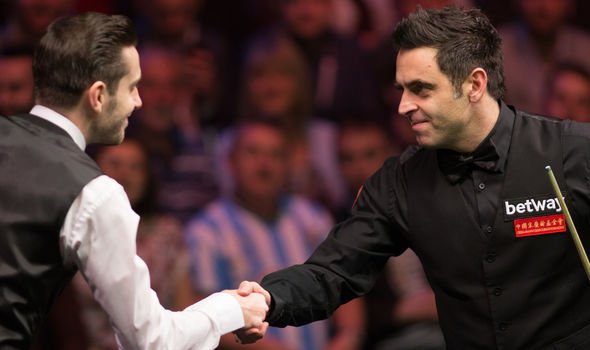 The Masters gets underway on Sunday night – although neither Judd Trump or Jack Lisowski, both of whom were scheduled to play in the opening two sessions will be involved due to positive COVID-19 tests.

Selby kickstart his Masters campaign against world No 8 Stephen Maguire on Tuesday night with O’Sullivan taking on China’s Ding Junhui, ranked ninth, the next day.

The duo could meet in the final with Selby facing reigning champion Stuart Bingham and world No 2 Neil Robertson in his half of the draw.

O’Sullivan, meanwhile, no longer has Trump in his half after the top-ranked Bristolian contracted coronavirus but could still face the likes of John Higgins and Kyren Wilson.

Selby is a three-time Masters winner, with O’Sullivan having managed a record seven triumphs, but has not won a major since his World Championship victory over Higgins at the Crucible in May 2017.