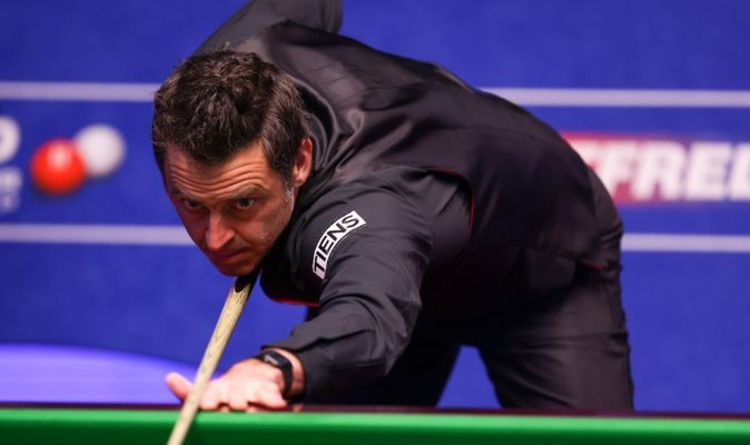 Ronnie O’Sullivan has called for snooker bosses to bring in more tournaments like the Masters. The Rocket opened his account at Alexandra Palace with a 6-1 win over Jack Lisowski and faces a tough test against Neil Robertson in the quarter-finals on Thursday.

On the same day, another blockbuster match will see Mark Williams battle John Higgins for a place in the semi-finals.

The Masters sees snooker’s elite tussle for the coveted crown over the course of just one week, meaning the top players in the world need to deliver their A-game throughout.

O’Sullivan, a seven-time winner of the event, would like to see more tournaments in the style of The Masters on the circuit.

The outspoken O’Sullivan gave his opinion on the matter after being quizzed about what lies in store on Thursday – with four of the best players battling it out for a place in the semis.

“Maybe you should have more tournaments like this, you want to see the quality star players playing the quality players,” the 46-year-old said.

There was a clear sense of excitement at Alexandra Palace when O’Sullivan walked out for his opening match of the Masters.

However, both O’Sullivan and Lisowski struggled to find their form in the opening frame as they adapted to their surroundings.

But O’Sullivan began to find his feet and delivered when it mattered to grab a 1-0 lead before Lisowski responded with a brilliant break of 104.

But O’Sullivan responded emphatically, to take an authoratitive 4-1 lead and the crowd at Ally Pally were certainly getting behind the snooker legend.

And the 46-year-old ensured the match ended with a bit of magic, sealing another incredible break of 125 to progress to the last eight of the competition.

And O’Sullivan admitted after the match that he struggled to deal with the intensity of the crowd at the beginning.

“I was so nervous early on,” he said.

“It’s such a big crowd and we’ve been playing behind closed doors for so long I forgot what it was like playing in front of a crowd, let alone a crowd like this full of mad Londoners!”

O’Sullivan added: “It’s hard to carry over 2,000 Londoners when you are from London.

“If I didn’t deliver, I would have felt disappointed. There was huge pressure.

“I’m just enjoying myself and having fun. So I just want to keep enjoying it.”

O’Sullivan recently won the World Grand Prix, his first title since winning the world championship in 2020, and he is hoping to continue that momentum to take home the £250,000 winners cheque at Alexandra Palace this week.