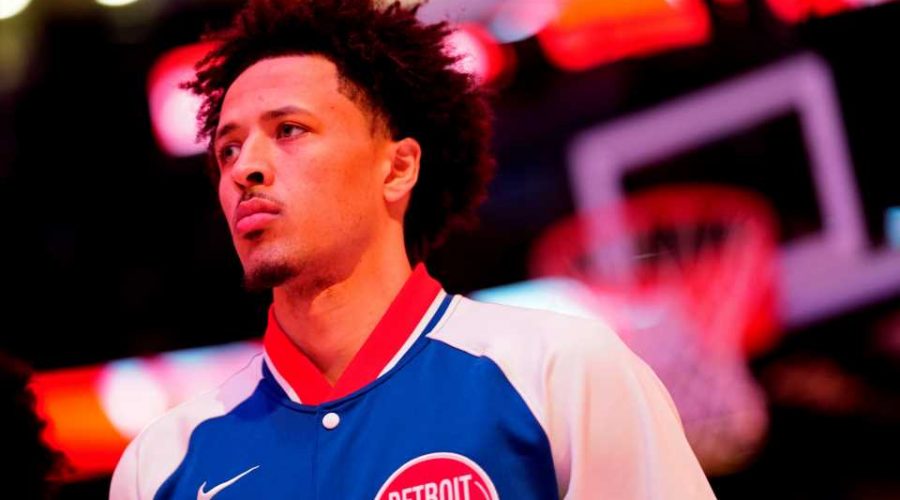 The 2021 NBA Draft class had as much – if not more – hype than any other draft class in recent memory and so far, the majority of the prospects have matched or exceeded expectations.

Cavaliers forward Evan Mobley and Raptors forward Scottie Barnes each got out to extremely impressive starts and are in an early-season duel for Rookie of the Year and while Rockets guard Jalen Green is still trying to find his groove, he has produced some jaw-dropping highlights that showcase his immense potential.

Through the first few games of the season, all of the attention was on the above trio of rookies while the No. 1 overall pick, Cade Cunningham, missed the Pistons’ first four games because of an ankle injury suffered during training camp.

Once Cunningham was healthy enough to take the floor, all eyes were on the top prospect for an NBA debut that wasn’t exactly one to remember.

The Pistons’ new franchise player scored two points while shooting 1 of 8 from the field and 0 of 5 from 3-point range, also tallying seven rebounds and two assists in only 19 minutes of play in a win over the Magic. Cunningham admitted to having some first-game jitters, but he was also expectedly rusty as he tried to get a feel for NBA game speed while also playing through his nagging ankle.

His second game wasn’t much better, as he went for only six points while shooting 2 of 14 from the field and 0 of 9 from 3-point range in a blowout loss to the Milwaukee Bucks.

In a league where fans expect immediate production no matter the circumstance (especially for a top pick), there were actually people on NBA Twitter calling the 20-year-old a bust after two (!) games.

If you were to check in on those people after Cunningham’s last few games, it’s safe to say they’d be pretty quiet.

His averages and shooting splits have improved across the board, and Cunningham is beginning to look exactly like the player he was projected to be. Everything that was said of him on pre-draft scouting reports is starting to emerge in his NBA game.

He’s a capable shot creator who can get all the way to the rim and finish amongst the trees..

…or stop on a dime for a soft-touch floater or jumper in the lane to keep defenders guessing.

He’s also an outstanding playmaker who can initiate offense and generate easy looks for his teammates by using the attention he draws from opposing defenses to his advantage.

Cunningham plays with an extremely high motor and has a knack for making winning plays, and we’ve already seen evidence of that.

He didn’t have a monster game against the Raptors, but he did score eight of his 10 points in the final five minutes, including a few clutch buckets like the one above to help the Pistons pick up a win. He did the same thing against the Indiana Pacers, knocking down a couple of timely shots to lead Detroit to another victory.

Really, it all starts with his ability to finish inside.

He’s still working on his 3-point stroke from NBA range, but he’s making improvements there, too. He shot 20.7 percent on above the break 3s in his first five games, compared to 30.6 percent in his last five.

On top of that, Pistons head coach Dwane Casey loves the leadership he’s seeing from Cunningham as he gets more comfortable, even comparing him to one of his former great veteran floor generals.

“He’s a leader, like Kyle Lowry. He has that ‘it’ factor,” Casey said of his star rookie.

As Cunningham starts to flourish at the next level, let this serve as a reminder that teenagers and 20-year-olds shouldn’t be evaluated based on a bad start or a tough stretch of games.

With the No. 1 pick continuing at this trajectory, he’ll be back in the Rookie of the Year conversation in no time.