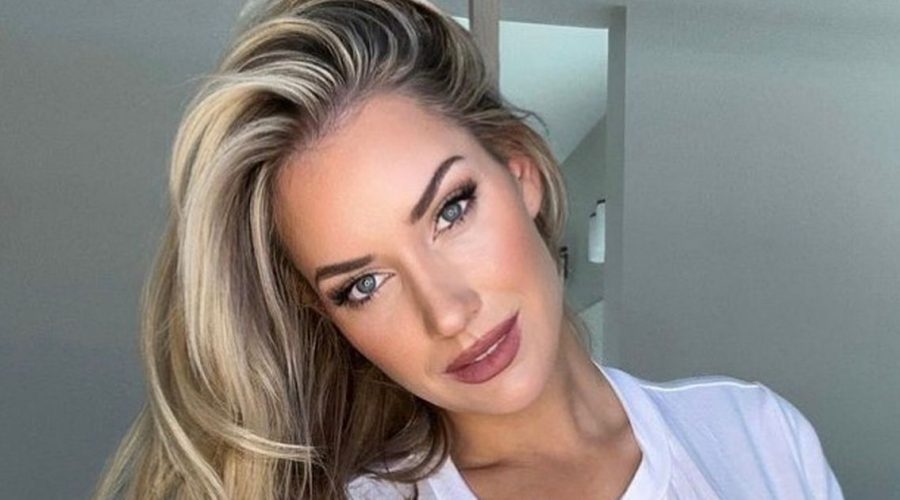 Paige Spiranac has left her fans saying "I guess I like soccer now" after she posed in a tiny busty USA top on social media.

The golfer turned influencer took to Instagram on Saturday to look ahead to the World Cup in Qatar, which gets underway on Sunday as the host nation take on Ecuador. Spiranac posted a trio of racy photos of herself posing at the end of a bed wearing a tiny t-shirt with "USA" emblazoned across it.

Alongside the busty images, she also wrote: "World Cup! Who are you rooting for?" and sent her 3.7million followers into a frenzy.

One excited follower commented: "I don't care about soccer, I'm here for way more interesting cups." Another cheekily added: "I'm rooting for your shirt to untie."

A third fan also wrote: "Cool guess I like soccer now." One more went on to add: "I'm rooting for you all the way."

Who will win the World Cup? Let us know in the comments section below.

Spiranac's beloved USA get their campaign underway on Monday when they take on Wales in Al Rayyan, before facing both England and Iran in their remaining group B encounters.

The former professional golfer is no stranger to setting pulses racing on social media and even teased her followers on Twitter earlier this week.

Amid fears that the platform was on the verge of shutting down, Spiranac shared her cleavage for what some feared would be the last time.

The 29-year-old, who was named Maxim's "Sexiest Woman Alive" earlier this year, captioned the busty snap: "Here’s my cleavage for the last time on twitter if it shuts down."

She has been particularly vocal online in recent weeks, having come out in defence of college athlete Olivia Dunne after the gymnast was targeted for her endorsement deals.

Spiranac later went on to drag both Cristiano Ronaldo and David Beckham into the "over-sexualisation" row as she doubled down on her defence of Dunne in a video posted to Twitter.