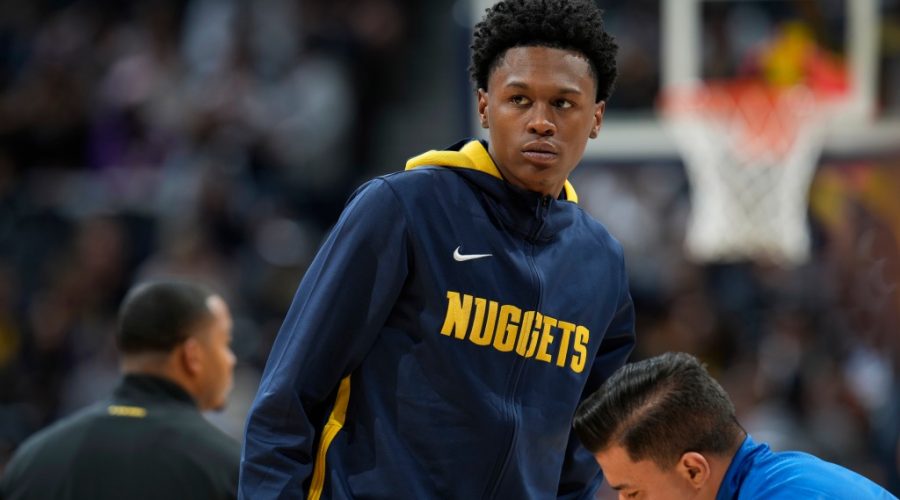 DALLAS – Give Peyton Watson credit. At 20 years old, having been a first-round draft pick this summer, he could bemoan spending his time in Grand Rapids with Denver’s G League squad.

Instead, there’s an appreciation for the path.

Perhaps he’s more understanding than other first-round picks, or perhaps the veterans who’ve taken him under their wing are making an impact. Watson’s star-studded list of mentors is telling in and of itself. Evidently, Kevin Durant and Russell Westbrook see something unique in Watson, or at least something worth cultivating. Durant became close with Watson after watching one of his high school games in California. Westbrook and Watson share the UCLA connection. Both have kept up with Watson as he navigates a rookie season split, thus far, between Grand Rapids and Denver.

Within the Nuggets organization, he cited longtime NBA veterans Jeff Green and DeAndre Jordan as voices in his ear. As Denver dealt with a rash of COVID cases this week, Watson got recalled from Grand Rapids to help supplement the Nuggets’ healthy players.

“That’s one of the beautiful things about this,” Watson said at Friday’s shootaround before the Nuggets took on the Mavericks. “It’s a brotherhood. They all stay in contact.”

Watson said the message, consistently, is to be patient and stay the course.

“They know I want it right now and that I’m super, super motivated to take it,” Watson said. “… You gotta wait your turn. We’re the No. 2 team in the West.”

There’s a maturity about Watson that permeates his interviews, and it’s been there since the Nuggets drafted him at No. 30. Though he has visions of one day becoming a two-way force like the league’s biggest stars — mentioning, by name, Kawhi Leonard, Jimmy Butler and Paul George — he knows that’s still years away. Given that he got drafted by an organization teeming with depth, Watson understands the value of the G League and has embraced it.

“(I’m) more excited than anything,” Watson said. “I got to play 35 minutes for the first time since high school.”

Not only has he gotten to play, but he’s thrived. His 27 points per game is tied for fifth in the G League, and his 9.5 rebounds leads all guards — the position by which he’s categorized. And that’s where Watson’s potential gets the most intriguing.

After playing sparingly during his lone season at UCLA, he lauded the Nuggets for being patient with him and not rushing his development. He said rather than pigeonhole him as a 3-and-D player, he’s used the time with the Gold to craft his on-ball skills and refine his playmaking. In other words, they want him to make decisions with the ball in his hands. With his size and frame, honing his offensive skills could turn him into a tantalizing two-way player. The defensive impact is already there.

When Booth looked at the landscape of the NBA, he saw wing defenders on championship-caliber teams. That’s why he grabbed Watson when he did despite some draft pundits deeming it a reach.

Watson’s early returns have rewarded Booth’s vision. Rather than viewing the G League as a demotion, Watson’s turned it into his personal laboratory.

November 20, 2022 NBA Comments Off on Nuggets journal: Peyton Watson thriving in G League, knows he has to “wait your turn”
NFL News