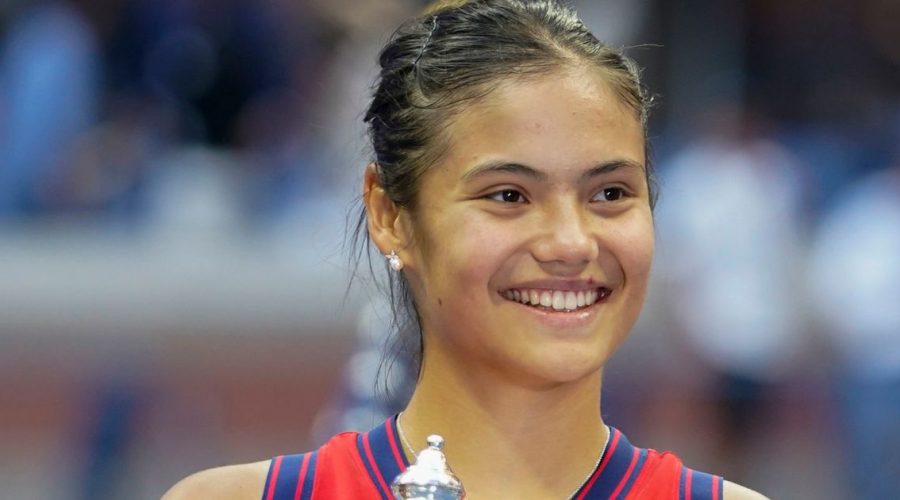 Emma Raducanu's US Open victory was the cherry on top of a fabulous year of exhilarating sporting action for Britain so far which has seen a number of new stars emerge.

England reached the final of the European Championships with a squad littered with young talent like Bukayo Saka and Jude Bellingham.

The Olympics were a massive success for Team GB with 22 golds and 65 medals overall as Tom Dean dominated in the pool and Keely Hodgkinson surprised on the track.

And Raducanu completed possibly the greatest feat in British sporting history with her first Grand Slam victory aged just 18. With so many fresh heroes on the scene, Daily Star Sport are taking a look at their net worth.

There's only one place to start and that's with the latest sensation, Raducanu. The tennis ace not only won the US Open but also reached the latter stages of Wimbledon earlier this year.

She picked up £181,000 for her efforts on home soil in July, a figure which has been dwarfed by the staggering £1.8m she has pocketed in New York.

That would put her current net worth at around £2m, though her exploits could earn he upwards of £100m, as per OK.

Who is your favourite up-and-coming sports star? Let us know in the comments section. Saka was given the nod ahead of some big names like Jack Grealish by Gareth Southgate at Euro 2020 and he repaid his manager's faith with some standout performances.

He signed a new deal with Arsenal in 2020 which reportedly earns him £30,000 according to Daily Cannon.

As such, his net worth is estimated to be £1.8m, but that will only sky rocket as the 20-year-old progresses in his career.

Lando Norris stormed onto the Formula One scene at the remarkably young age of just 19 in 2019.

The McLaren driver has show enormous potential on the track, getting better and better each season and is currently fourth in the 2021 driver standings.

His father Adam, a retired pensions manager, is one of Britain's richest people and Lando's own net worth is said to be $3m, racingnews365 report.

Sprinter Dina Asher-Smith is the fastest recorded British woman ever and runs in the 100m, 200m and 4x100m relay.

Injury put pay to her hopes of individual glory at Tokyo 2020 but she went on to win bronze with the relay team.

At 25, Asher-Smith has had time to accumulate some serious prize money and therefore Idolnetworth claim she is valued at $8.5m, or £6m.

Dean was attending his first Olympic Games this summer aged 21 but you wouldn't have known it in his performances.

The freestyle swimmer completed an amazing one-two for Team GB with Duncan Scott in the 200m event and also won gold with Scott in the relay of the same discipline.

His net worth is not accurately known but various sources suggest it is somewhere between $1m and $4m, a very healthy amount for the young man.

Paddy 'The Baddy' Pimblett made his UFC debut recently and instantly became an internet sensation thanks to his Scouse accent and unfiltered interviews.

The professional MMA fighter has a record of 16-3 and was previously Featherweight Champion in the Cage Warriors promotion.

His earnings are set to increase significantly – mediaarefree estimated his net worth at $250,000 before his UFC bow, but allfamousbirthday suggest it is now nearer $1.5m.

One of the most miraculous performances this year was the one from 19-year-old Hodgkinson in the 800m Olympic final.

She came out of nowhere to secure a silver medal and smash Dame Kelly Holmes' British record set all the way back in 1995.

It propelled her to stardom and attracted attention from many sporting icons, while also securing her a reported $1m in net worth.

Bellingham is defying the norms by excelling so much in football at just 18-years-old and he will be a star of the game for many years to come.

Currently in Germany with Borussia Dortmund, he is wanted by England's biggest clubs like Manchester City and Liverpool.

His salary is higher than that of his national team-mate Saka, so his net worth is £2.7m, as per Salary Sport.

George Russell is currently an F1 driver for Williams Racing – but not for long. Next year he will move to Mercedes to partner seven-time world champion Lewis Hamilton.

Russell has been earmarked as a future world champ himself and already has a podium under his belt after his second place at the Belgian Grand Prix.

His net worth is only currently valued at roughly $1m but his highly anticipated move will send that racing up in the next few years.

September 13, 2021 NBA Comments Off on Net worth of Britain’s new sports stars – from Emma Raducanu to George Russell
NFL News