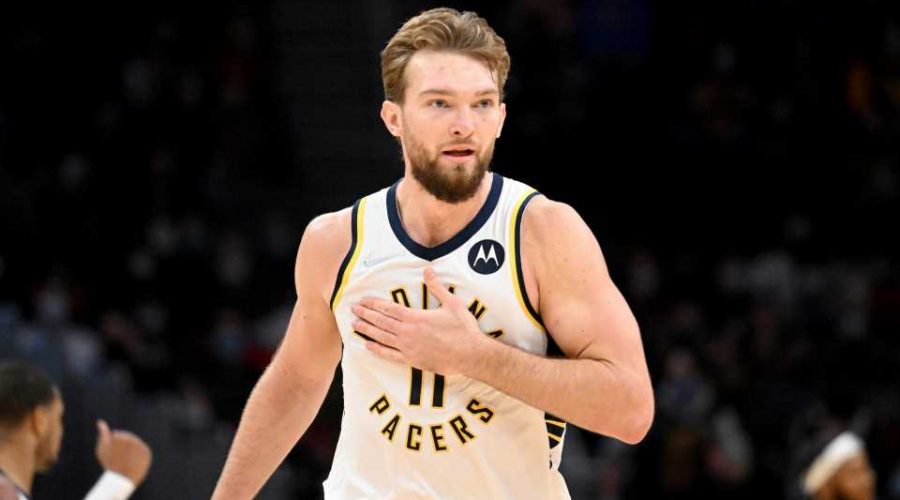 NBA All-Star voting season is upon us!

With NBA All-Star voting tipping off on Christmas Day, fans now have the opportunity to select the players they believe should start in the 2022 NBA All-Star Game set to be held in Cleveland, Ohio. When potential All-Stars deliver vote-worthy performances, we’ll be sure to bring that to your attention with our “NBA All-Star Moment of the Night” series to highlight those deserving players.

You can vote for your 2022 NBA All-Stars here, or find several other ways to vote here.

Against one of the best teams in the league in the Utah Jazz, that welcomed back most of their major rotation players, the 6-foot-11 Lithuanian-American went off for a career-high 42 points on a super-efficient 18-of-22 shooting from the field.

This is the first time he’s crossed the 40-point threshold, with his previous high being 36. Just take a look at his shot chart from the game, there’s plenty of green there!

He started hot early, scoring 17 points in the first period going a perfect 7-of-7. Then, after a quiet middle two quarters when he only scored 13 combined, he scored 12 in the fourth and final period as the Pacers held off a strong fightback from the visitors.

Along with his points tally, Sabonis also recorded six rebounds, three assists, a steal and a block in 38 minutes of action.

His performance along with Lance Stephenson’s double-double of 16 points and career-high 14 assists helped the Pacers get back in the win column, snapping a six-game losing streak. With this victory, Indiana improves to 15-25 for the season, which is a somewhat puzzling record given the talent at their disposal on their roster.

Nothing can be changed but if a few plays went another way, things would have been very different for the Pacers as 11 of their 25 losses have come by a margin of five points or fewer.

Sabonis, who has been an All-Star for the previous two seasons, does have a case to be in the star-studded game in Cleveland with season averages of 18.7 points, 11.9 rebounds and 4.5 assists on a 57.5 percent from the field.

Earlier this season, he had a triple-double with a career-high 25 rebounds. He can certainly make a late run, certainly for the East reserves list by sparking the Pacers over the next couple of weeks.

In the first returns from 2022 NBA All-Star voting, Sabonis didn’t feature in the Top 10 vote-getters among the East’s frontcourt players.

You can vote Domantas Sabonis into the 2022 NBA All-Star Game here.