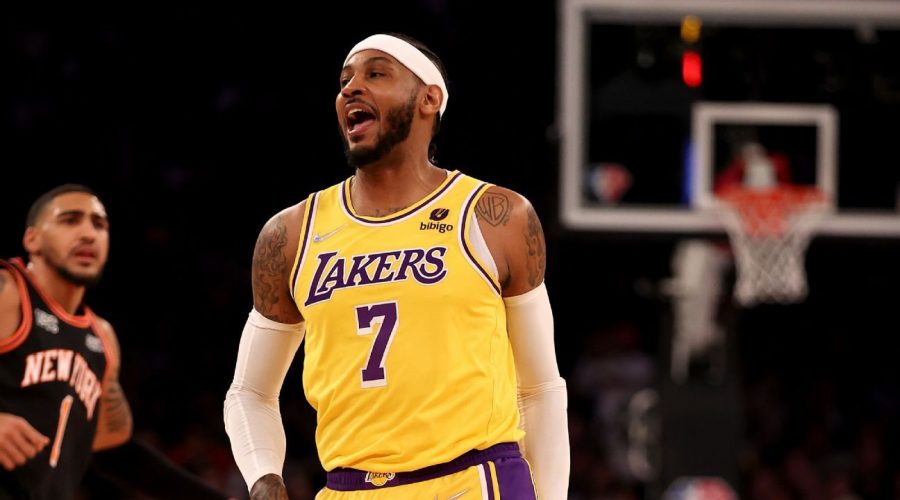 LOS ANGELES — Before the Lakers had even held an official practice this season, let alone played in a game, LeBron James told his teammates they reminded him of another veteran group led by an aging legend: Tom Brady’s Tampa Bay Buccaneers.

Brady’s Bucs lost their first game together in the quarterback’s first season away from the New England Patriots and were just 7-5 overall before they caught fire. After winning its final four games of the regular season, Tampa Bay went 4-0 in the postseason, capped by a 31-9 win in Super Bowl LV over the favored Kansas City Chiefs.

James believed the Lakers — who traded for Russell Westbrook in the offseason and added a handful of accomplished vets such as Carmelo Anthony, Dwight Howard, DeAndre Jordan and Trevor Ariza to the mix — would be in store for a similar ride.

During a player-organized voluntary minicamp in Las Vegas in September, James shared the prediction with his new teammates.

Anthony, after Lakers practice on Tuesday, said it was an apt comparison.

“Just from the standpoint of starting off slow and having new guys on the team. New system. Guys trying to figure it out, guys trying to figure out how to play with LeBron and [Anthony Davis] and now incorporating Russ and just now everybody figuring out what their role is,” he told reporters on a video conference call. “And what made it beautiful for the Bucs is that once it came together, it came together and you saw what happened with that.”

The Lakers reached the midway point of the season on Sunday when they lost 127-119 to the Memphis Grizzlies in a game they trailed by as many as 29 points. At 21-20, L.A. is currently the No. 7 seed in the Western Conference.

“It was just kind of preparing ourselves for whatever happens, whatever comes along,” Anthony said. “I think we were, I don’t want to say prepared for those [difficult] moments and those times mentally and emotionally, but yeah, those were conversations that were happening.”

Lakers backup guard Wayne Ellington said that James’ Tampa Bay example has been something he has drawn on for confidence as the Lakers have taken their lumps.

“Everybody was like, ‘Oh no!’ And all of a sudden, [the Buccaneers] hit a stride at the right time. Ended up winning the whole thing,” Ellington said. “And that’s one of the things I always reach back to, when you see how our season’s going so far. And remaining positive and remaining professional, man.

“Understanding that this thing can turn in the right direction pretty quickly for us.”

L.A. has a relatively easy week with only two games on the schedule: in Sacramento on Wednesday and in Denver on Friday.

It will give more time for Davis (sprained MCL in his left knee) and Kendrick Nunn (bone bruise in his right knee) to continue to rehab without missing as much game action.

The Lakers are expected to release an injury update on Davis on Friday, which will mark four weeks since he hurt it when Minnesota’s Jaden McDaniels fell into him. Nunn, who has missed the entire season, is expected to be back in the lineup before the end of January, sources told ESPN.

In a matter of weeks, the Lakers could be fully healthy for the first time all season, with 2 1/2 months left before the postseason to put a run together, just like the Bucs did.

“It’s a great comparison. It’s something that we look forward to. We listen to it, we hear it. It’s a great comparison,” said Anthony. “I don’t think it’s something that we think about on a daily basis. We just have some type of analogy to compare it to, and what better team and what better situation to compare it to than what the Bucs did last year?”