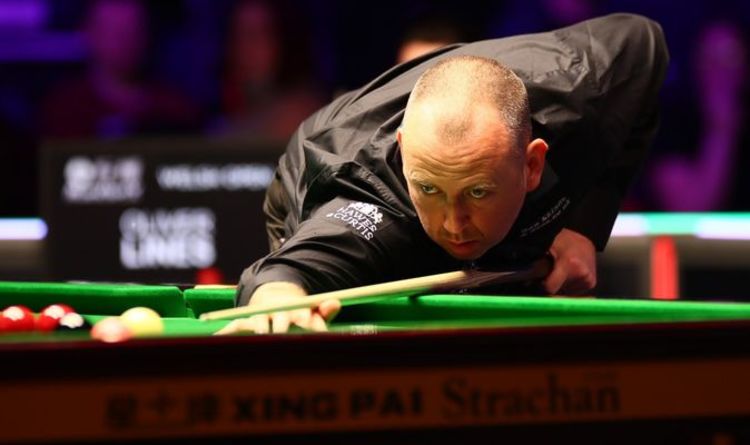 Mark Williams produced a sensational one-handed shot on his way to the Masters quarter-finals, which left snooker fans in awe at Alexandra Palace. The three-time world champion pulled off the audacious pocket in the fifth frame of his opening match with defending champion Yan Bingtao.

Fans were left stunned at Ally Pally as Williams, using just one hand, potted the pink while snookered behind the black

This came at a crucial time as Williams was 3-1 down before he began to wrestle control of the match.

The Welshman then reeled off five of the next six frames to win the opening contest 6-4 and dump last year’s champion out of the tournament.

Williams produced more magic in the same frame – performing one of his trademark underarm shots to pot the yellow.

“I play them all the time in practice and in matches I don’t miss many underarm shots,” Williams said post-match.

“There are some snookers I would rather play one-handed – it is not taking the mickey out of my opponent it is just that I feel more comfortable and if I get most of them, why not?

“I am lucky I had an afternoon match. If I played a night match… you know in the house I am talking to my wife and within 10 seconds I am fast asleep.”

Williams was referring to him still battiling the after effects of Covid, which saw him fall asleep during his UK Championship clash with Anthony Hamilton in November last year.

He added: “It is just weird. It feels like you are carrying five bags of coal around on your shoulder all the time.

“I’m definitely better than where I was a month ago but still nowhere near.”

With crowds now back at events in England and Williams’ home of Wales still under some strict Covid restrictions, the 46-year-old was delighted to perform in front of an audience once again.

“It’s just nice to be playing front of a crowd,” Williams added.

“Back home we’re still under (Covid) restrictions so to come here and play in front of this fantastic crowd is great. The arena is probably the best I’ve ever played in.

“I think it was a good game. I’ve been playing like that most of the season really, just been a bit unfortunate I had to miss a few events.

“There’s nothing better than beating the defending champ anywhere, but here is even more special. The first time I won this he wasn’t even born. Just to get to venues like this at my age is just brilliant.”

The two-time Masters champion will square off against either John Higgins or Zhao Xintong in the last eight later this week.

Ronnie O’Sullivan is hunting the eighth Masters title of his career this week.

The Rocket recently won the World Grand Prix and he is hoping to continue that momentum to take home the £250,000 winners cheque.

He will face Jack Lisowski in his opneing match tomorrow.