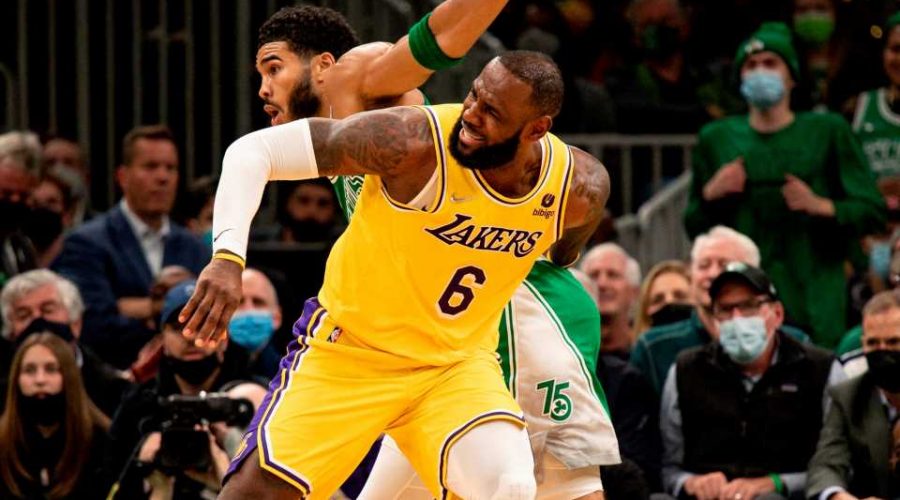 A Lakers-Celtics showdown will always steal the spotlight from the other games on the NBA schedule, and Friday night was no different. The contest started off competitively with nearly all of its seven lead changes and nine ties coming in the first half. However, the second half was a different story.

After trailing by as many as 14 in the first half, the Celtics, missing two starters in Jaylen Brown and Robert Williams III, blew the game wide open by outscoring the Lakers 70-47 in the second half on their way to a 130-108 win.

While Boston improved to 8-8 with its sixth win in its last nine games, Los Angeles slumped to 8-9 with its third straight defeat and fourth in its last five games.

Thus, there was plenty said when Lakers players spoke to reporters after the game.

Even the return of James, who had missed eight games because of an abdominal strain, couldn’t inspire the Lakers to victory.

Despite the loss, James looked great. In 32 minutes of action, he finished with 23 points (10-of-16 shooting from the field), six rebounds, two assists and two steals.

“Obviously being out two-and-a-half weeks, I just felt kind of like a rookie again, just being away from the game,” James said. “[I was] excited. Physically, I felt OK, good enough to know that I could trust my body and play tonight. I’m more looking forward to seeing how I feel tomorrow when I wake up. That is the telltale sign if I’m moving in the right direction with my injury.”

“He looked good. He looked really good to me. Like his old self,” Anthony Davis said of James.

Another abysmal third quarter for Lakers

This game turned in the third quarter when the Celtics started out on a 7-0 run and eventually outscored the Lakers 33-21 in the period. Getting outplayed coming out of the locker room seems to be a trend for these veteran Lakers.

And this isn’t just happening against “quality” teams. In their 24-point loss against the Timberwolves on Nov. 12, the Lakers were outscored 40-12 in the third quarter.

Davis said finding a way to score in the third quarter has been the team’s “kryptonite.”

Through this early stage of the season, the Lakers have been struggling in a huge aspect of the game: rebounding.

They only rank in the middle of the pack for rebounding with an average of 45.5 boards per game (16th in the league), and against the Celtics, they lost the battle on the glass by 18.

“To get out-rebounded 51-33 tonight is just not something that’s a part of our makeup as a team,” Carmelo Anthony said.

For the season, Los Angeles’ opponents are grabbing 48.0 rebounds per game, which is the fourth-worst mark in the league. The Lakers are also giving up 11.5 offensive rebounds per game. Only the 76ers (11.7), Kings (11.8) and Timberwolves (13.8) have allowed more.

No panic, but sense of urgency needed

That was the message James sent to his team after the loss.

“It’s never, ‘We got 65 games left.’ We damn sure need to play better, no matter who is in the lineup,” James said. “There’s no level of panic. But there should be some sense of urgency anytime we take the floor.”

James is right. The Lakers are still just 17 games into the season, and more importantly, the team has been dealing with injuries to key rotation players and seen their “Big Three” play together in just seven games.

“I think the reality of it is that everybody on the outside has really high expectations of our team, as they should,” Russell Westbrook said. “But the reality of our team is that we haven’t really played together.”