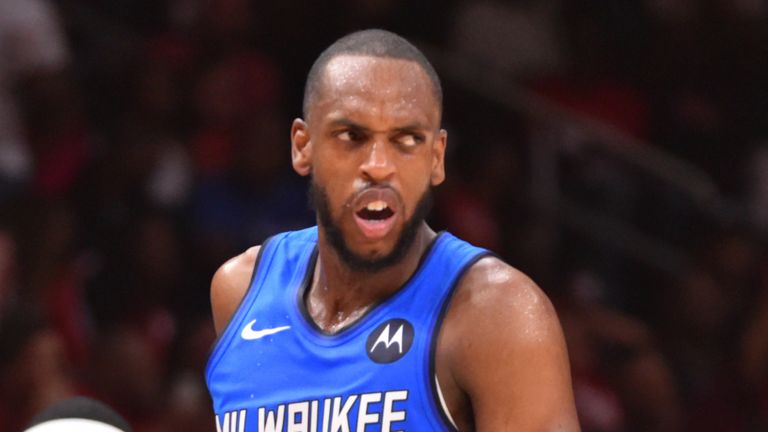 Milwaukee Bucks forward Khris Middleton had missed two-thirds of his shots from the field entering Sunday’s pivotal match-up against the Atlanta Hawks in the Eastern Conference finals. In Game 3, Middleton found his groove.

Now, the Bucks find themselves with a 2-1 lead in the best-of-seven series against a hobbled Hawks’ squad. Middleton finished with a game-high 38 points, including 20 in the fourth quarter, to lead Milwaukee to a 113-102 win over host Atlanta.

“I just finally got them to go,” Middleton said during a postgame interview with TNT. “I’ve been struggling some with the ball going in the basket, and finally it started dropping for me at the right time. I’m thankful for that.”

Middleton added 11 rebounds and seven assists while playing more than 42 minutes. Giannis Antetokounmpo finished with 33 points, 11 rebounds and four assists for Milwaukee, Bobby Portis contributed 15 points off the bench and Jrue Holiday shot 2-of-11 but had a team-high 12 assists.

Trae Young led the Hawks with 35 points on 12-for-23 shooting, including 6-of-14 from beyond the arc, while Danilo Gallinari (18 points), John Collins (13) and Kevin Huerter (11) also scored in double digits.

The Bucks outscored the Hawks 30-17 in the fourth quarter to win their second straight game, with Game 4 set to take place in Atlanta on Tuesday night.

Young sprained his right ankle in the last minute of the third quarter when he inadvertently stepped on an official’s foot, limping to the locker room but returning to the game with 8:44 left in the fourth quarter.

The Hawks’ sharpshooter struggled to find his rhythm after returning, and the Bucks took advantage.

“It’s sore right now,” Young said when asked about his ankle. “It’s hurting. It’s frustrating. It’s hurting a little bit. I couldn’t go as fast as I wanted to, and when I did, it hurt.”

The Bucks had a 7-0 run to go up 82-80 with 1:47 left in the third, but the Hawks answered with two free throws from Young and a three-pointer from Gallinari. Atlanta entered the fourth quarter with an 85-83 lead.

The score was tied at 56 at half-time, Young leading all scorers with 17 points at the break.

The Greek Freak did his thing:

Atlanta opened the game on a 15-2 run that included a pair of dunks in transition by Clint Capela. Young added a three-pointer from 36 feet and a floating jump shot during the early outburst.

Milwaukee pulled within 32-27 at the end of the first quarter as Middleton hit a pull-up jumper with 2.1 seconds remaining.

The Hawks led 56-46 with 2:39 left before intermission when Huerter drilled a three-pointer off an assist from Young. But Milwaukee closed the half on a 10-0 run, capped by a three-pointer from Pat Connaughton with 12.7 seconds to go, to erase the double-digit deficit.