Kevin Love admits the Cleveland Cavaliers are suffering “growing pains” without LeBron James but must “fight” back after two home losses.

Cleveland fell to 0-4 after a 102-86 loss to Brooklyn on Wednesday night with D’Angelo Russell scoring 18 points and Joe Harris added 16 points as the Nets outscored the Cavaliers.

James led the Cavaliers to four straight NBA Finals and a championship in 2016, but the four-time MVP signed with the Los Angeles Lakers in the summer. 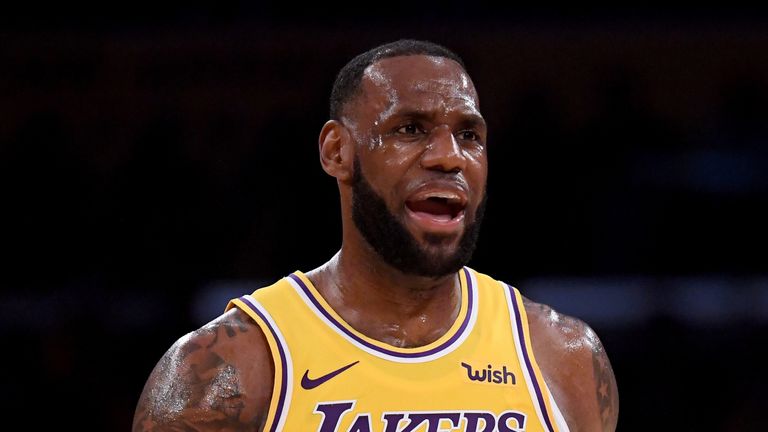 His absence was obviously going to leave a void, but blowout losses at home to Atlanta and Brooklyn have been especially disappointing for the Cavs.

“We need a ‘W’ on the board, for sure,” said All-Star forward Love. “Obviously we thought we’d be in a different position right now.”

Love was one of three Cleveland players to score a team-high 14 points. The 11-year veteran said the Cavaliers did not show any fight in the second half during their latest loss.

“These are big growing pains and we need to get through these,” he said. “Guys have to continue to fight. Can’t hang their heads, can’t have bad body language. This isn’t the previous four years. We have to fight for everything that we’ve got.” The Cavaliers lost their first two games on the road to Toronto and Minnesota. Cleveland was coming off a 133-111 loss in its home opener to the Hawks. The Cavaliers are 0-4 for the first time since losing their first five games in 2003-04 when James was a rookie.

Cleveland face a difficult task Thursday with a road game against Detroit and Blake Griffin, who scored 50 points in an overtime win over Philadelphia on Tuesday.

October 25, 2018 NBA Comments Off on Kevin Love admits the Cleveland Cavaliers are suffering without LeBron James but must 'fight' back
NFL News