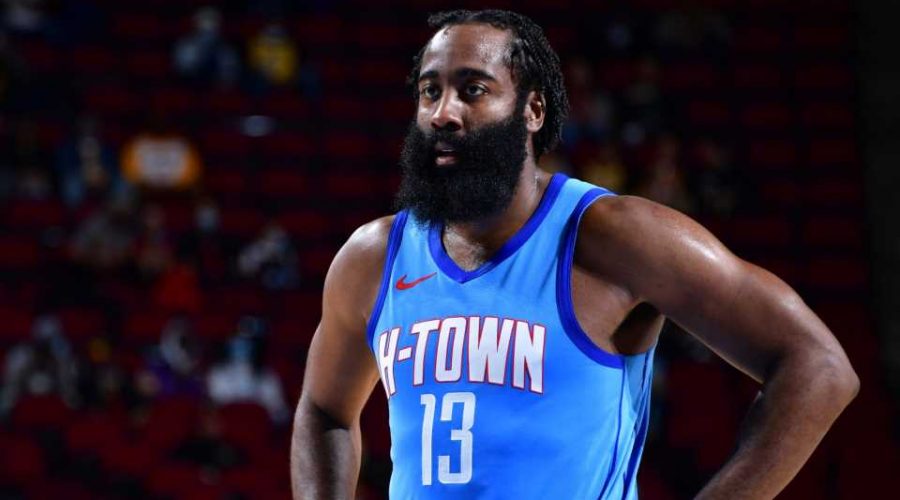 James Harden appears to be heading for a Houston Rockets exit after his frustrations boiled over following the team’s loss to the Lakers.

Harden reportedly wants to be traded to either the Philadelphia 76ers or another contender in the NBA, and the former MVP had a clear message after the Rockets were swept aside by defending champions the Lakers 117-100 on Tuesday.

The Rockets star walked out of his postgame news conference, not before telling the media: “I love this city. I literally have done everything that I can. This situation is crazy. It’s something that I don’t think can be fixed.”

Led by Harden, the Rockets have reached two Western Conference Finals, while Houston have three semifinal appearances since the eight-time All-Star was acquired from the Oklahoma City Thunder in 2012.

That marked four successive seasons with 50-plus points per game created, tying Oscar Robertson (1963-64 to 1966-67) for the longest streak in NBA history.

Harden averaged 34.3 points, 7.5 assists and 6.6 rebounds per game for the Rockets, who lost in the Western Conference semifinals at Walt Disney World Resort.

But Harden looks out of shape and out of sorts in 2020-21 amid links to the likes of the 76ers, Brooklyn Nets, Miami Heat and Toronto Raptors.

Harden made just five of 16 shots from the field, while he only nailed one of his six three-point attempts for 16 points in 31 minutes as the Rockets slumped to 3-6.

“We’re not even close, honestly, to that team – obviously the defending champions – and all the other elite teams out there,” Harden said. “I mean, you can tell the difference in these last two games.

“We’re just not good enough – chemistry, talent-wise, just everything. And it was clear these last two games.”

Moments after Harden left the podium, Rockets teammate John Wall stepped up and the five-time All-Star did not hold back as he addressed the situation in Houston.

“When you have certain guys in the mix who don’t want to buy in, all as one, it’s going to be hard to do anything special, to do anything good as a basketball team,” said Wall, who was acquired by the Rockets after Russell Westbrook was traded to the Washington Wizards.

Wall added: “We can’t dwell down on it because it’s only been nine games. Come on man, you want to jump off a cliff after nine games. It’s a lot of basketball still to be played.”

Asked about his partnership with Harden on the court, Wall said: “I think it’s been a little rocky. Can’t lie about that. I don’t think it’s been the best it could be, to be honest. That’s all I really could say.”

January 13, 2021 NBA Comments Off on John Wall fires back at despondent James Harden for giving up on Rockets
NFL News