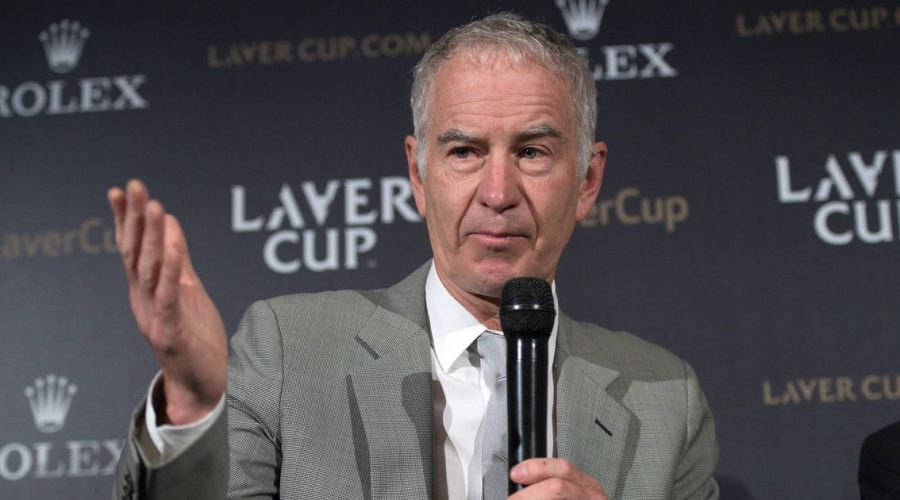 John McEnroe has doubled down on his harsh comments regarding Emma Raducanu's Wimbledon withdrawal back in July following her historic victory at the US Open.

The seven-time Grand Slam champion, who won Wimbledon won three times and the US Open four times, said earlier this year that the 18-year-old couldn't handle the pressure.

After taking a break, the Canadian-born Brit entered her second Grand Slam tournament as a qualifier, didn't drop a set through the entire tournament, and won her first major against all the odds.

McEnroe has now been asked about his previous comments, and doubled down on his verdict while insisting that he was trying to help the youngster by giving her advice. McEnroe initially said that the occasion 'just got a little bit too much' for Raducanu, and that he meant it supportively having experienced Wimbledon as an 18-year-old himself.

And told CNN this week: “I meant exactly what I said.

“I tried to relate it in a small way to my experience when I first went to Wimbledon also at 18.

"She did better than I did. I played Jimmy Connors, I hadn’t been on the Centre Court and I remember my legs shaking, feeling totally overwhelmed by the experience and almost happy that I didn’t win.

Was McEnroe constructive in his comments? Give us your thoughts in the comments section

“Subsequently I went to Stanford for a year and had some time to sort of regroup mentally and prepare for the rigours of the tour.

"There’s a lot of great upsides, but there’s also pressure you put on yourself and expectations others put on you. I mean that was to me as vanilla as it comes …

"I was very supportive of her, I thought, at the time. You know the papers over in England. Sometimes they make a big deal out of, to me, nothing.”

"I first started when I was a little girl but I think the biggest thing that you have visions of, for me it was just winning, the winning moment, and going to celebrate with your team in the box.

"That’s been playing in my head a couple of nights. I’ve fallen asleep to that."