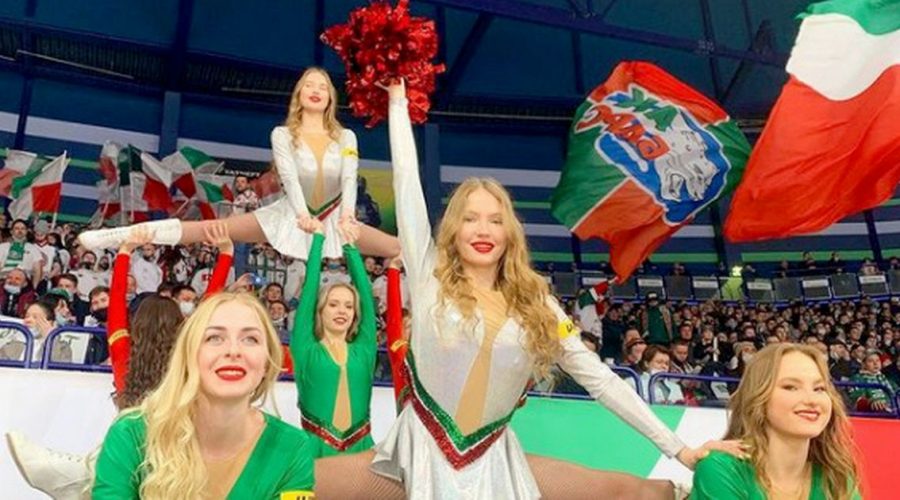 An ice hockey club in Russia has ditched it's glamorous group of cheerleaders to promote a more family orientated environment – and supposedly because wives were getting jealous of them.

AK Bars, based in Kazan, have made the move to axe the 'Bars Angels' for their new season, which they have denied is anything to do with Khabib Nurmagomedov's recent comments.

The ex-UFC star received backlash when he called ring girls "absolutely unnecessary". Khabib is a devout Russian Muslim and the region where the ice hockey club is based has more Muslims than Orthodox Christians.

An official from the club said the move had been decided before and told Match TV: “When we told them about the decision, of course, the girls were upset. But we’ll meet with them again and present them with some valuable gifts."

Despite knocking back these claims, there have been heavy suggestions the club's real motivation behind the decision was because wives were angry at their husbands for showing an interest in the attractive women.

Rigina Barieva was leader of the Angels before she left for Moscow, and despite no longer being with the club at the time of the decision, she expressed her dismay.

Barieva said: “The arguments were that supposedly other people’s wives don't react very well to beautiful girls. Therefore, the club decided to abandon the services of the support group altogether.

What are your thoughts on Khabib's comments? Let us know in the comments section.

“Naturally, I didn't like it. Even though I’ve already left Bars Angels, I’d very much like the group to live. The group there is very good, strong, the girls are beautiful.

“At least they could have said in advance. But there was no such announcement. Just in the middle of August, before the start of the season, they said: ‘Goodbye'. All the girls are very upset and didn't expect this.”

She also rubbished the claims about the wives, saying: "On the contrary, women only supported us.

“Even the last season, there were times when I couldn't dance. And women from the stands shouted to me: ‘Rigina, go on stage! Why are not you dancing? Because of this, we’re losing!’”

The move has been criticised as a backwards one with former ice girl and current TV presenter Ulyana Trigubchak even comparing it to the Taliban in Afghanistan.

She said: “Against the background of what is happening now in Afghanistan, such decisions by AK Bars are generally some kind of cringe. Will you soon put on a burqa for everyone? Or are you waiting for the arrival of the Taliban?"