The ‘Greek Freak’ underlined his status as the early season leader in the MVP race, scoring 24 points and pulling down nine rebounds in 26 minutes as the Bucks thrashed the defending NBA champions 134-111 in Oakland. 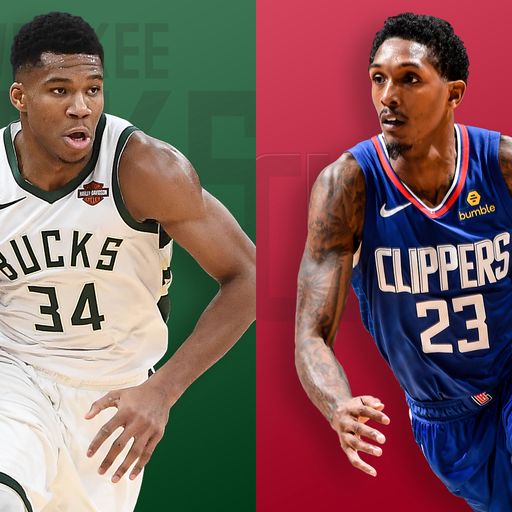 Watch the Bucks take on the Clippers via our free live stream on Saturday at 8:30pm

Antetokounmpo opened his account with a swooping drive to the rim and finger roll finish before driving powerfully to the hoop for an emphatic second-quarter dunk.

Giannis’ impact on the game was not limited to scoring. His delicious one-handed feed set up an easy basket for team-mate Pat Connaughton. He also stole possession from Kevin Durant and then ‘climbed the ladder’ to block a shot from the Warriors star.

As the Bucks extended their lead, Antetokounmpo turned on the style, scoring from the low post, adding an ‘And 1’ dunk and Euro-stepping to the rim for a lay-up.

Watch the Milwaukee Bucks take on the Los Angeles Clippers on Saturday at 8:30pm on a free live stream available on skysports.com and the Sky Sports app