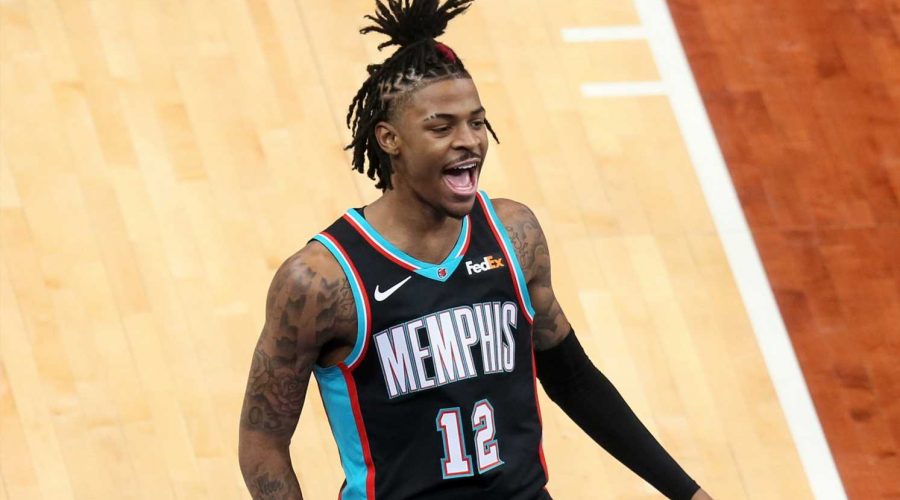 The second half of the NBA season tipped off Wednesday night with a pair of results that showcased players who could have a major impact on the playoff picture with a big performance down the stretch.

Ja Morant had 21 points and 10 assists in the Memphis Grizzlies' 127-112 win over the Washington Wizards. He wasn't the Grizzlies' leading scorer (Jonas Valanciunas had 29 points), but Morant was an efficient 7-of-14 shooting and got to the free throw line 12 times, while acting as playmaker and facilitator.

The Grizzlies are currently ninth in the Western Conference. With a big second half, Morant could push Memphis above the play-in tournament and into a top-six spot.

The Dallas Mavericks, currently eighth in the West, are in a similar position with Kristaps Porzingis, though with a potentially higher ceiling.

Porzingis had 28 points Wednesday, including 13 in the fourth quarter, to help the Mavs pull away and defeat the San Antonio Spurs 115-104.

Luka Doncic had a triple-double and will continue to put up stellar numbers and drive the offense. If Porzingis can step up and consistently give the Mavericks nights like Wednesday, he can be the second star they need to climb out of a play-in spot and into the top half of the West.

If Kristaps Porzingis can stay healthy, he can help the Mavs make a big push up the West standings in the second half. (Photo: Jerome Miron, USA TODAY Sports)

Here are four more players who, like Morant and Porzingis, could have a significant impact on the NBA playoff race with a big second half:

1. Kemba Walker, Celtics: He's been dogged by a lingering knee injury for the past season-plus, but if he can return anywhere close to his previous peak, Walker could vault Boston into the upper tier of East contenders.

2. Jamal Murray, Nuggets: After an inconsistent start, the Murray we saw in the Orlando bubble is beginning to re-emerge. As they showed in reaching last year's West finals, he and Nikola Jokic can be as good as any duo in the league.

3. Gordon Hayward, Hornets: The leading scorer for Charlotte, he is as close to the pre-broken ankle Hayward as he's ever been. Elevating his production even higher could boost the Hornets from play-in team to the top six in the East.

4. Steph Curry, Warriors: He's already averaging 29.7 points and is always capable of new shooting heights. If he erupts and goes on a scoring binge for a month, Golden State could move up to a top-six seed.

And here are four more things to know today in the NBA:

Spurs coach Gregg Popovich dropped a surprise before Wednesday's game, telling reporters the team and LaMarcus Aldridge had mutually agreed to part ways. The Spurs will look to trade the seven-time All-Star ahead of the March 25 deadline. Though San Antonio seldom makes big moves at the deadline, Aldridge is one of several veterans on expiring contracts. He might not be the only player on his way out.