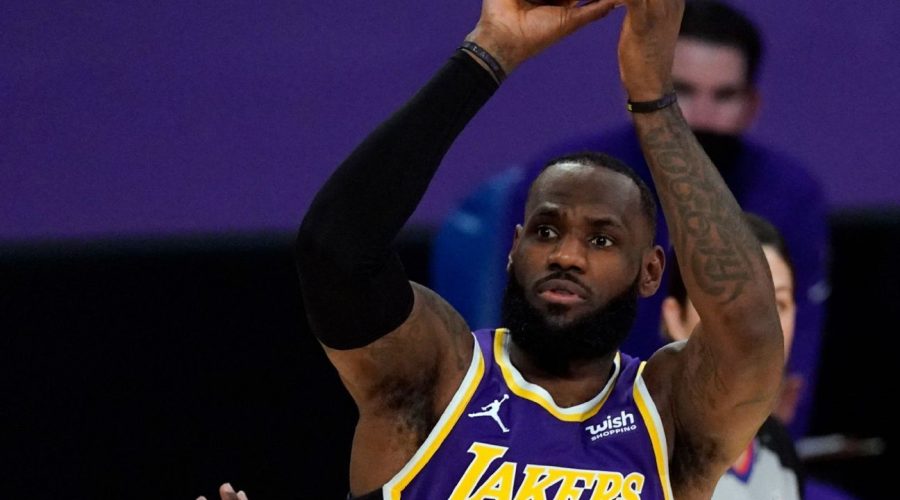 LOS ANGELES — With the week and a half All-Star break behind him to rest his 36-year-old legs, LeBron James said he’s locked in for the home stretch as the Los Angeles Lakers attempt to defend their title.

“It’s go time,” James told reporters on a video conference call Thursday before the Lakers’ first practice since the break ended. “It’s time to get prepared and making that turnaround, that last lap going into the postseason. … I’m not into looking ahead saying, ‘OK, let’s take this off, take that off.’

The 18-year veteran sat out L.A.’s last game before the break — a 123-120 loss to the Sacramento Kings on the second night of a back-to-back set — in order to rest his left ankle. It was the only game James has missed this season, as he’s averaged 25.8 points, 8.0 rebounds and 7.8 assists to put his name in the MVP conversation.

Between missing the Kings game and the break, James will have had 10 days off heading into Friday’s home game against the Indiana Pacers — save for the 13 minutes he played in the All-Star Game before sitting out the second half.

“I kind of use the first half of the season as being in gear 1, 2 and 3, and then in the second half being in more like 4, 5, 6, and then when the playoffs start you’re in 7,” James said. “And that’s kind of the way I’ve always kind of adjusted over the last few years of my career, really just ramping up more, more and more as the months go on as the games go on going into the playoffs.”

A couple other Lakers starters — Anthony Davis and Marc Gasol — remain stuck in neutral, however.

Lakers coach Frank Vogel said Davis, sidelined with tendinosis and a calf strain in his right leg since Feb. 14, would not play against the Pacers, but will be re-evaluated by team doctors at the arena on Friday night.

Davis lifted weights at the Lakers practice facility Thursday but did not participate in the group practice with the team, Vogel said.

L.A. has gone just 3-7 since Davis went out, including the loss to Denver on Feb. 14 when Davis planted wrong on his right leg and didn’t play in the second half.

Gasol will miss his third straight game because of the league’s health and safety protocols. Vogel said the Lakers “don’t really have a timeline” for when Gasol could return.

Third-year forward Kostas Antetokounmpo is also out against the Pacers because of the health and safety protocols, according to the team.

With Gasol absent, L.A. will get another look at center Damian Jones, who was signed to a second 10-day contract on Thursday. Jones totaled 12 points, 4 rebounds and 4 blocks in 30 combined minutes in three appearances before the break.

“I want to see more of what he did,” Vogel said of Jones. “I thought he played well for us. He plays the role of a lob threat. Don’t try to play outside of that lane offensively.

“To be a screener and a rebounder and a lob threat offensively, and defensively, to be able to man the middle, to be a shot-blocker, to play in our pick-and-roll coverages, and obviously to rebound the ball and match up with other teams’ bigger centers is what we asked of him last week. I thought he did well with it, and we’ll continue to look at that over these next 10 days.”