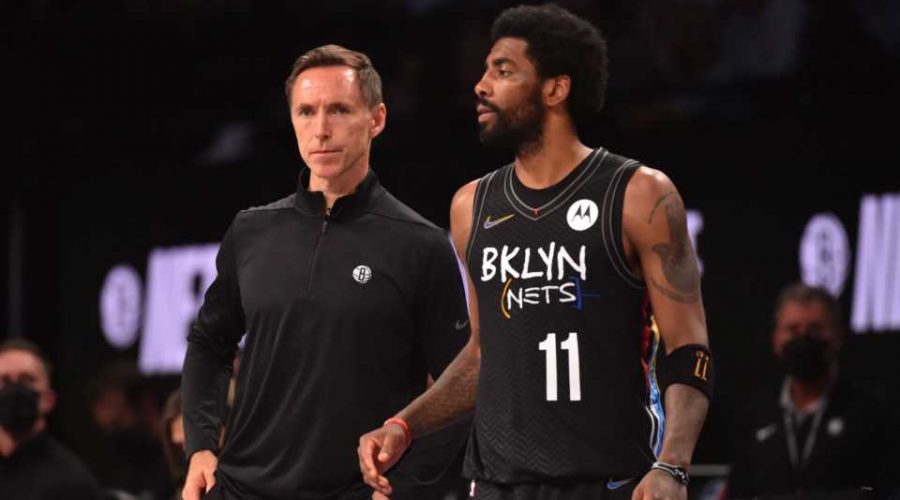 According to The Athletic’s Shams Charania, Kyrie Irving is set to make his return for the Nets on Wednesday, Jan. 5 when they travel to take on the Pacers.

That means congratulations are in order for Fantasy Basketball GMs who took a chance on Irving in their fantasy drafts this year, likely selecting the All-Star guard much later than he is typically available because of the uncertainty looming around his availability entering the season.

Your team will receive an immediate late-season boost, giving you a prolific scorer and playmaker for your push to the playoffs.

But to be clear, Irving will still only compete as a part-time player, playing strictly in road games (unless his vaccination status changes). As of now, Irving will only be available for a maximum of 22 games.

Brooklyn has 25 road games remaining this season, but two are in New York against the Knicks and one is against the Raptors in Toronto – two places Irving cannot play due to his vaccination status.

So with that being said, what can you expect from 22 games of Kyrie Irving and how will it affect his teammates’ production in Fantasy Basketball?

What can you expect from 22 games of Kyrie Irving?

GMs who drafted Irving will almost certainly get much more production out of Irving in 22 games than the player they could have selected in his place at that point of fantasy drafts. In fact, some GMs may have even scooped Irving off of the waiver wire once the announcement came that he was returning as a part-time player. (This is the time to state the obvious that Irving should already be added in your fantasy league, but he is still available in 15.2 percent of ESPN fantasy leagues at the time of this writing, so if he is still somehow on the waiver wire, pick him up now.)

No matter the format you use, Irving is set to give you a major boost in points, assists, steals and 3-pointers. He’ll also drive up your field goal and free throw percentage if you play in a head-to-head categories league.

Is it worth trying to trade Irving?

Absolutely, if you can find someone to take him on knowing he’s a part-time player.

However, it is worth noting that Irving should be “IL” eligible during the home games he misses, which is huge for fantasy GMs. You should be able to slot him into one of those spots and stream players in his absence, giving Irving some interesting value, even as a part-time player.

But for the right deal, it would be silly not to part ways with a player who can only play in half of the remaining games in the season no matter how productive he’ll be when he’s on the floor.

Which Nets players are most affected by Irving’s return?

I don’t expect the fantasy value of stars like Kevin Durant or James Harden to be affected much at all by Irving’s return.

Sure, maybe there will be some road games where Durant or Harden don’t see as many shot attempts, but their looks will only be easier when all three of them share the floor and it should drive up assists to add a scorer of Irving’s caliber by their side.

The player whose value will take the biggest hit is undoubtedly Patty Mills.

Mills has become a solid spark plug for the Nets in Irving’s absence, averaging 13.8 points and 3.3 3-pointers per game this season. He became a favorite streaming option for points, assists and 3s in fantasy this season, and he may have even latched on to some teams full-time as health and safety protocols ravaged the league.

I would say you’re safe to cut Mills loose upon Irving’s return, even though he’ll play the same role he does now in home games. With that being said, if you have Irving on your roster and are looking for a streaming option when the Nets are at home, Mills will always be a strong replacement.

January 5, 2022 NBA Comments Off on Fantasy Basketball: What can you expect from Kyrie Irving’s return and how does it impact other Nets players?
NFL News