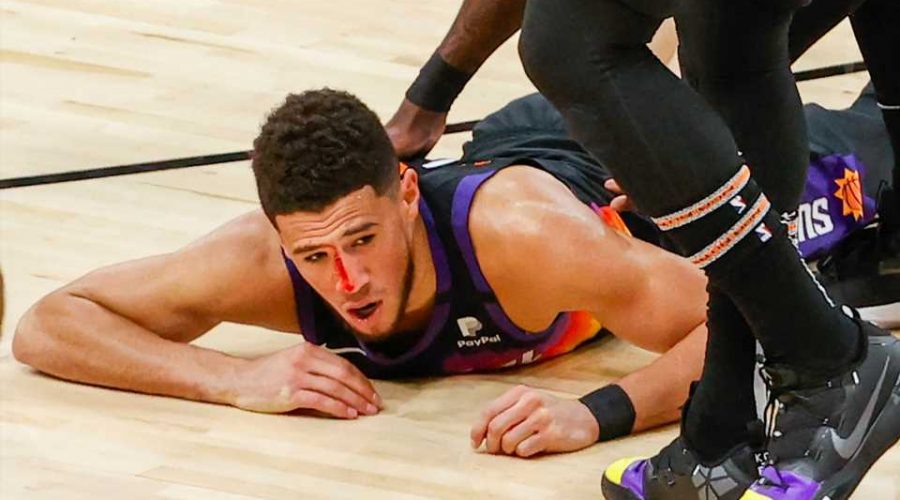 The Suns can smell an NBA Finals appearance. Devin Booker may not be able to, though.

DeAndre Ayton put the Suns up 2-0 in the Western Conference finals Tuesday night with a dunk in the final second, but the biggest blow of the game was delivered to Suns guard Devin Booker

In the third quarter, Booker exited after an accidental headbutt with Patrick Beverley. The blow sent Booker immediately to the floor and bloodied his nose up, but he would later return and help set up Ayton’s dunk with a clutch pick on the final possession. That’s guts.

Booker would play with two stitches in his nose, and the postgame sights were … not for the weak-stomached.

Booker’s nose ballooned to approximately the size of a grapefruit on steroids, and the Suns superstar says he’s planning to get scans on, what appears to be a broken nose.

Booker finished the game with 20 points, five assists and four rebounds in the Game 2 win, pushing the red-hot Suns another game closer to their third NBA Finals appearance.

July 3, 2021 NBA Comments Off on Devin Booker’s nose following win vs. Clippers is not what noses are supposed to look like
NFL News