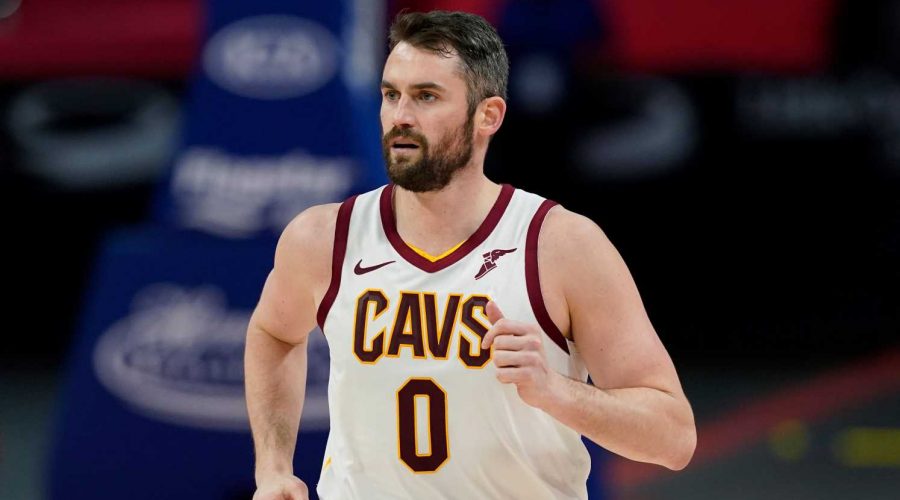 Less than 24 hours had passed since Cleveland Cavaliers forward Kevin Love inadvertently swatted a ball inbounds late in Monday’s game against the Toronto Raptors that led to a turnover and a wide-open 3-pointer. Since then, Love seemed in a better mood with his tone and more contrite with his words.

"The intent there wasn’t malicious," Love told USA TODAY Sports on Tuesday. "It wasn’t against the team."

With 33 seconds left in the third quarter, Raptors guard Malachi Flynn drove past Love for a layup just before Raptors forward Freddie Gillipsie shoved Love from behind. After stopping his momentum at the stanchion, Love glared at official Courtney Kirkland. Earlier in the game, Love had also been shoved from behind without any call. So when official Brandon Schwab gave Love the ball for the inbounds pass, he swatted at the ball instead of passing it to Cavs guard Darius Garland. The ball incidentally went in-bounds, resulting in Raptors forward Stanley Johnson picking up the loose ball and finding Flynn for the open 3-pointer.

Sports Seriously: Count Kevin Love as a fan of the idea of a Nets vs. Lakers NBA Finals. In a conversation with Sports Seriously he chatted about the potential of a Kyrie vs. LeBron Finals and also how weird that would be for him.

In the 2019-20 season, Love also expressed frustration on the court. During one regular-season game, Love angrily threw the ball to a teammate after repeatedly calling for the ball without initial success. During another game, Love slapped chairs during a timeout. As the Athletic reported, the Cavaliers also fined Love for a verbal outburst directed toward general manager Koby Altman about the organization’s direction after a morning shootaround.

Love also experienced frustration in two other areas. He became the subject of trade rumors leading into each year’s trade deadline. Love also missed substantial time because of injuries in 2016-17 (he had left knee surgery and missed 22 games), 2017-18 (fractured left hand, missed 23 games) and in 2018-19 (played only 22 games because of toe surgery). And this season, Love became sidelined during Cleveland’s preseason opener against Indiana on Dec. 12 after Pacers forward Domanta Sabonis kicked Love in the back of his right leg. Love returned two weeks later, only to leave after nine minutes of play before suffering a Grade 2 calf strain.

Though Love said his latest injury "wasn’t the most physically taxing" ailment he dealt with during his 13-year NBA career, he views the injury as "the most mentally taxing."

"The most frustrating part is in just wanting to help the team, play now, play great and be able to feel like myself," Love said. "I still feel like there’s that last corner to turn when it comes to this injury. From what I’ve heard from numerous doctors, they said this is their least favorite injury to predict and least favorite injury to see because it’s so hard to predict how long it’s going to take and how long the injury process is going to be. I still believe I’m recovering and getting over a mental hurdle and a physical hurdle. I think that has added to the frustration on top of losing some close games."

Nonetheless, the Cavaliers praised Love for how he handled both his absence and return. Love has averaged 13.4 points on 41% shooting and 7.4 rebounds in 14 games this month.

"Our young guys depend on him. They love to have him on the floor because he helps them on the court and makes their job easier out there on the floor," Bickerstaff said. "But while he wasn’t, he still has vision of the game. So he’s watching it and he’s talking about the coverages. He’s talking about what’s available and how we can execute and all of those things. He’s obviously had frustrations of his own. Don’t get me wrong. But he’s never let it get in the way of being a good teammate."