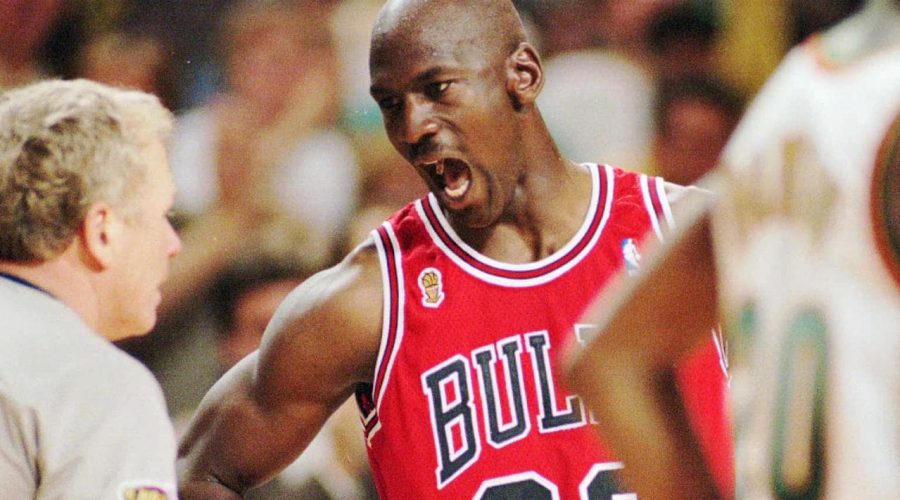 While The Last Dance may have been a 10-part series, it seems like the world can’t get enough of Michael Jordan’s legendary competitive streak.

There will always be arguments over whether he was the greatest player of all-time with every basketball fan offering a different opinion but the documentary showed there is almost no comparison to his competitiveness as more than 20 years on, he was still settling old scores.

But as the world got to watch the man himself talk his way through his sixth and final journey to an NBA ring, it became clear the mystique of the man’s exploits continue to captivate fans of the sport.

And former legends and fans continue to revel in stories about MJ.

After reminiscing about the Dream Team — the legendary 1992 Barcelona Olympic gold medal winning team — Barkley brought up the Tournament of the America’s competition, which was basically the qualifying event for the Olympics.

Quickly, as many players from that generation of the NBA do, the conversation turned to Michael Jordan.

“Let me tell you a story about Michael Jordan who was f***ing nuts,” Barkley began. “We were playing, I think, Puerto Rico so me and Chuck Daly, David Robinson and Michael went and played golf that morning. We played 18 holes and I said ‘Chuck, lets get back to the hotel and get some rest’ and Michael was like ‘no, I’m going to play another 18’. And Chuck said ‘c’mon Michael’ and he said ‘don’t worry about it coach, I’ll be fine’.

“So he plays another 18 and gets to the game and he’s going over the starting line up and he’s like ‘Patrick (Ewing), you got this guy, Charles you got this guy, Scottie (Pippen) you got this guy …’ and Michael’s like ‘no, no, no, I got that that little f***ing point guard’. And Chuck says ‘he’s the point guard, you’re the two guard’. ‘That f*** said some s*** about me in the newspaper’.

“And this dude guarded this guy like it was game f***ing seven of the playoffs. After he had played 36 holes of golf. Michael looked at him (Chuck) like ‘I said I’ve got the guy’. And Chuck said ‘OK, you got it’.

“And Michael guarded this guy like it was game seven and he was talking to him the whole time. ‘You f***ing say anything about me ever again, I’m f***ing Michael Jordan, I don’t care what country you’re from’. And we were sitting there like ‘This dude is crazy man’.”

If it was Puerto Rico, it was in the semi-finals and they gave the US their closest game in the tournament — a 38-point win to the Dream Team as they easily won gold.

And that’s how you become the GOAT.Source:AFP

Lowe had his own story of Jordan’s competitiveness when he coached a fundraising game for Magic Johnson’s charity.

“I coached one year and Michael was on my team with Magic, it was the first time they’d played together on any team of any sort,” he said. “Nobody plays defence, the score was literally 250-230 and I’d done nothing except sit and have fun and watch. And I realised ‘Wait a minute, I’m supposed to be the coach, I should do something so I called a 20 second time out and there was a minute left in the game and Michael is seething. Magic’s laughing and patting everybody and he realises Michael is p***ed. Everybody kind of gets really quiet in the huddle and looks at Michael like what’s going on and he says ‘You guys want to f***ing win this thing’. And it had not occurred to anyone to win anything and everyone got really serious and it became a game.”

It’s not the first story about Jordan’s competitiveness and won’t be the last.

Earlier this year on the Conan O’Brien needs a Friend podcast, actor Anthony Anderson recalled beating Jordan in a game of dominoes in the Bahamas — and he refused to speak to him again for the rest of the three day trip.