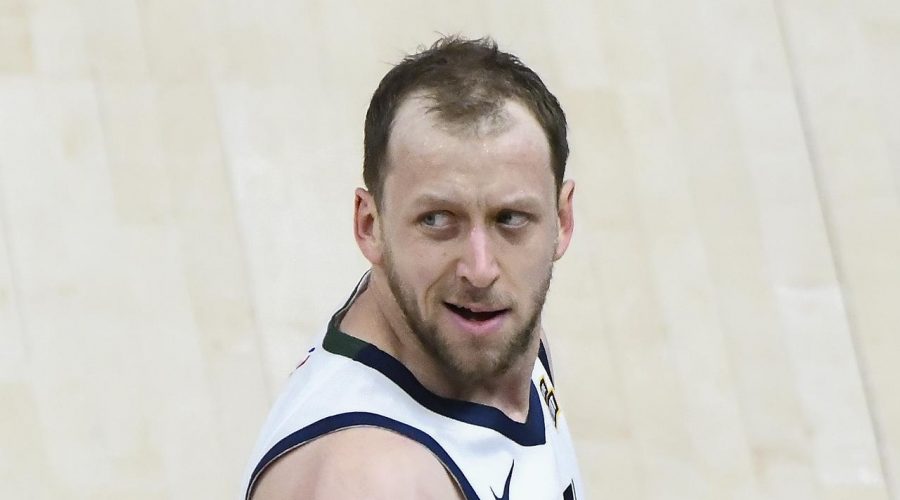 Australian basketballer Joe Ingles is prospering in one of the most successful seasons of his NBA career, contributing to another Utah Jazz victory on Tuesday AEDT.

Facing the Charlotte Hornets in Utah, the 33-year-old sunk seven three-pointers — an equal career-high — while also managing five rebounds and six assists in 30 minutes off the bench.

Ingles hit a total of 21 points as the Jazz secured a comfortable 132-110 victory over the Hornets, improving their season record to 25-6.

Watch Live coverage every week of the NBA Regular Season with ESPN on Kayo. New to Kayo? Get your free trial now & start streaming instantly >

The South Australian is shooting at a career-high season average of 44.5 per cent.

Utah made 28 three-pointers on Tuesday — a franchise record — with a season-high 65 points being scored from the bench.

Ingles has been ridiculous tonight

American teammate Georges Niang also flourished after starting on the bench, shooting seven-for-seven from beyond the arc.

Meanwhile, Gordon Hayward and LaMelo Ball both mustered 21 points for the Hornets, with Malik Monk scoring 20 after coming off the bench.

According to NBA Stats, the Jazz has broken the record for the least games required to hit 500 three-pointers in a season.

Utah has established themselves as a genuine title contender this year, comfortably leading the Western Conference ladder.

Of their 25 victories this season, 21 have come at a double-digit margin — the next highest is the Milwaukee Bucks with 15.

The Jazz will host reigning champions the Los Angeles Lakers on Thursday AEDT.