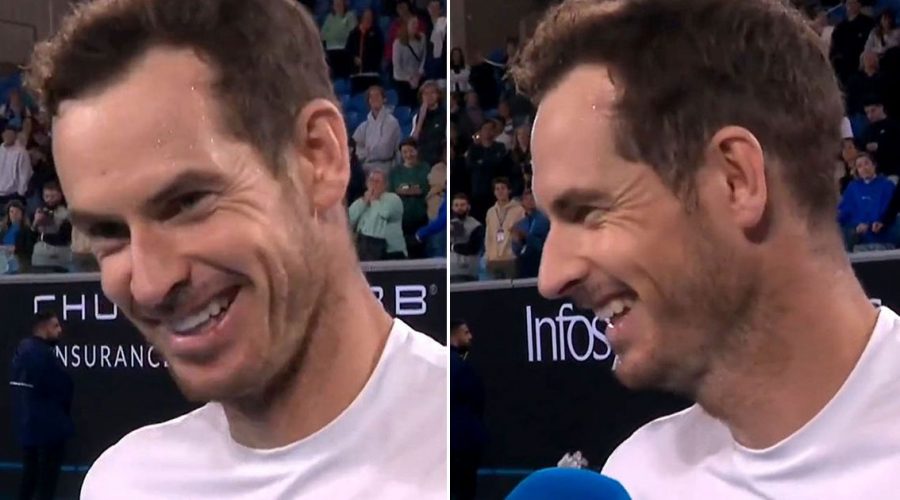 Andy Murray celebrated his thrilling five-set Australian Open victory over Thanasi Kokkinakis by joking that his wife thinks he has a small penis … Okay, that might need a little context.

During his post-match interview, Murray attributed his comeback (from two sets down) to having "a big heart", to which the on-court interviewer replied: "Well Andy if I may say, you have a big everything."

A grinning Murray then responded: "I'm not sure my wife would agree."

The cheeky comment sent a ripple of giggles around the Margaret Court Arena, prompting the somewhat red-faced interviewer to insist: "That's not what I meant."

Murray's remarkable performance marked his second five-set victory in as many games at the Australian Open, having squeezed past Matteo Berrettini in the first round on Tuesday.

The three-time Grand Slam winner clawed his back from the brink against local boy Kokkinakis, winning three sets on the bounce after conceding the first two in a titanic battle that ended after 4am.

Does Andy Murray have a small penis? Let us know what you think in the comments section below.

The win sees Murray reach the third round of the competition for the first time in six years, and sets up an intriguing clash with Spaniard Roberto Bautista Agut on Saturday.

The legendary Scot hasn't had the best of luck in Australia over the years having been beating in each of the five finals he's reached, and although few expect him to break his duck this year, his last two performances suggest there's plenty left in the tank.