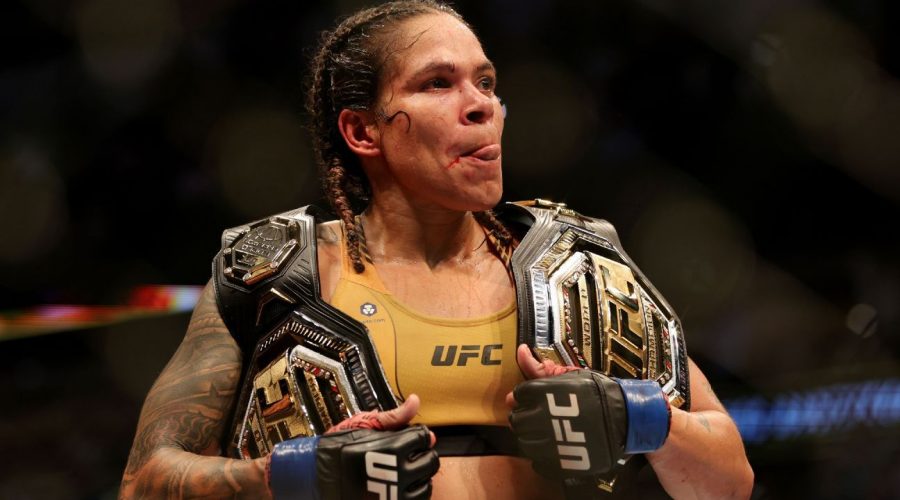 UFC 277’s main event featured a rematch between bantamweight champion Julianna Peña and Amanda Nunes in front of an electric crowd at the American Airlines Center in Dallas.

The first bout between these two ended in a shocker, as Peña defeated Nunes in the second round via submission. Peña closed as a +650 betting underdog for the first fight against Nunes, which was the fourth-largest upset in a title fight in UFC history according to ESPN Stats & Information.

Nunes, who still holds the UFC featherweight title, had one thing on her mind entering the match Saturday.

The rematch was an entertaining affair between two champions with Nunes emerging victorious via unanimous decision. It is her 15th win in her UFC career, breaking a tie with Jessica Andrade for the most by a woman in league history. Nunes also becomes the first fighter to regain the women’s bantamweight championship.

During the postfight interview, she shouted out Pro Football Hall of Famer and former Dallas Cowboys receiver Michael Irvin. She also enjoyed a well-deserved beer after the match.

Sports stars such as Francis Ngannou, Cameron Jordan and more flocked to social media to praise both fighters for their efforts. Some even called for a third fight between the UFC stars.