Gabriel Benitez suffered one of the worst cuts in UFC history on Wednesday night but still fought through 15 minutes with the horror wound.

The Mexican sustained a huge gash on his shin that went right down to the bone, which could be seen by the television cameras.

It oozed blood and looked extraordinarily painful but there was little the medical staff could do to patch him up mid-fight. 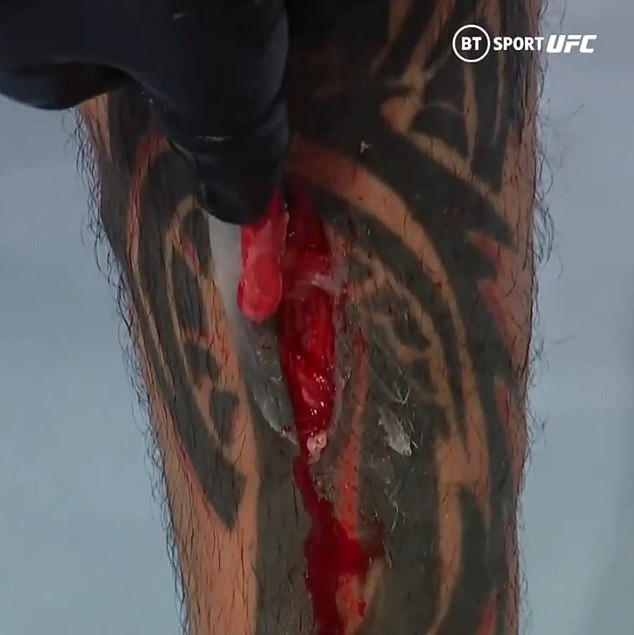 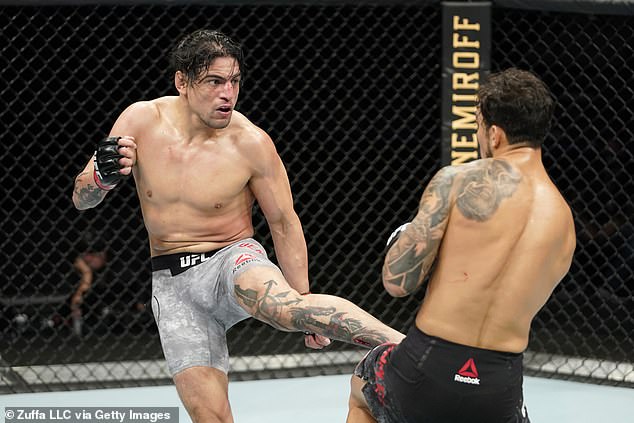 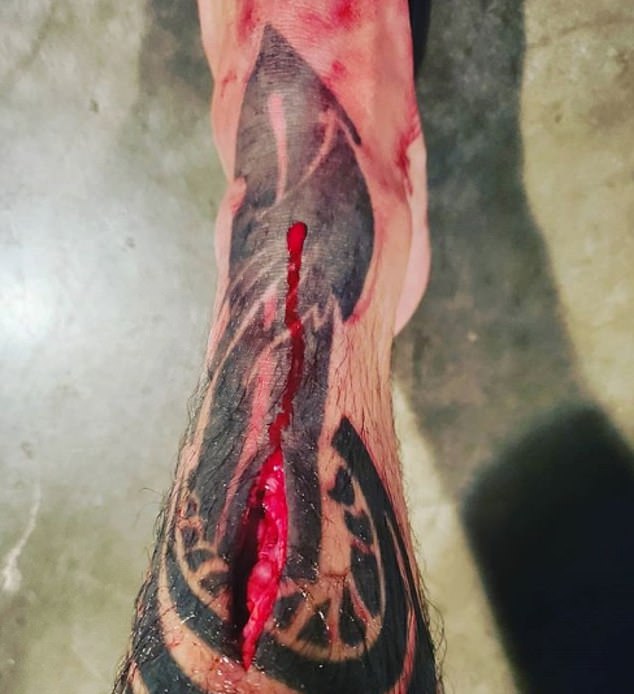 In the end, Benitez scrapped a hard three rounds against unbeaten featherweight Omar Morales but came up short on the scorecards.

After the contest, the cameras zoomed in on his injury as it was swabbed and the real extent of the damage became clear.

Benitez also shared a snap of his leg on Instagram after the fight with the caption: ‘Real power kick’.

The 31-year-old picked up the injury in the second round following some heavy kicks.

UFC heavyweight Daniel Cormier was on commentary duty and trains with Benitez. He said their coach believes the Mexican has the hardest kicks of anyone in the gym.

Cormier also compared the wound to a bullet hole during the contest.

It remains to be seen whether Benitez will need surgery on the wound or just stitches but it will be some time before he can throw kicks again. 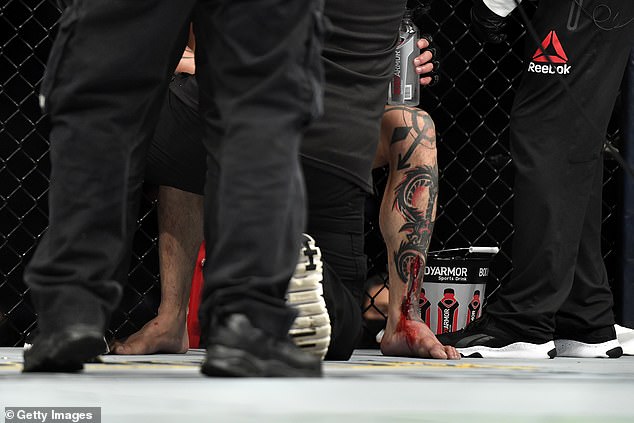