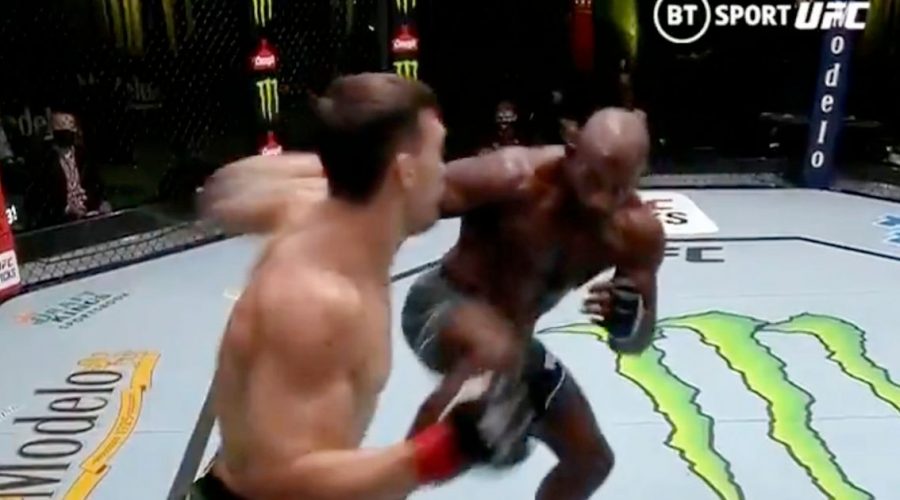 Khalil Rountree Jr has faced criticism from other UFC stars for his devastating 'career ending' kick.

The American MMA star, 31, defeated Modestas Bukauskas, 27, with a brutal shot to the knee, bending it the wrong way in an awful visual.

The commentators and spectators were in shock after witnessing the move at UFC Vegas 36 on Saturday night.

The Lithuanian was left in excruciating pain and is awaiting the results of an MRI scan to determine the extent of his injuries.

In the wake of the fight, UFC competitors have questioned whether the move should be made illegal.

Middleweight star Kevin Gastelum tweeted: "This strike should be illegal. It is a career ender. Who can we talk to about this? @ufc.

“This in no way is a knock on Rountree. His performance and execution was great to watch. But this strike should be addressed.”

Some competitors even blasted the move, which is regarded as one of the most controversial moves in the UFC, as “lame” and “s**t.”

Another lightweight star Vinc Pichel claimed: “I don't care if I'm unpopular for this but that bulls*** kick should be banned.”

The move, known as the oblique kick, can be used to maintain distance between an opponent, but on the other hand it can seriously injure them.

Rountree Jr took to Instagram and revealed he wished his opponent a speedy recovery after his gruesome kick.

He penned: “Fighting has its ups and downs and although it’s entertaining to the masses is f*****g dangerous and anything can happen.

“I spoke with my opponent after the match and wished him a speedy recovery because he will come back stronger and better as all great fighters do.”