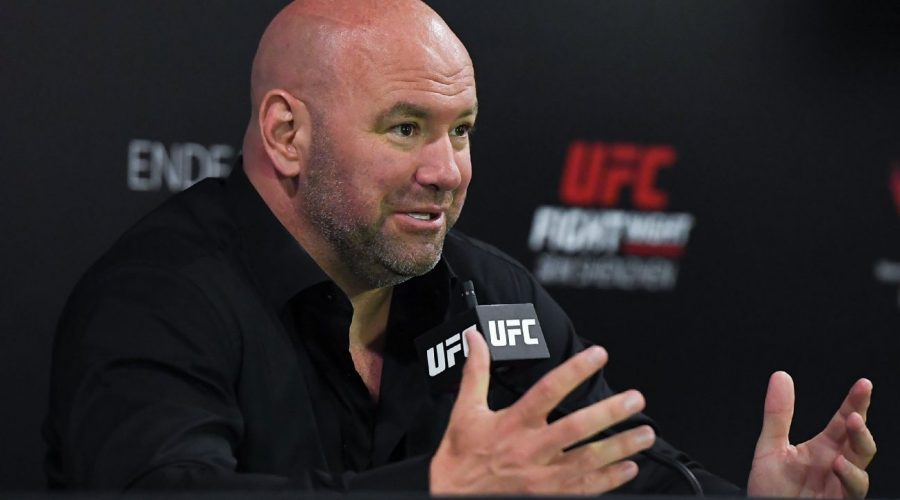 The UFC is looking to get involved with research into psychedelic drugs as a therapy for fighters’ brain health.

The promotion has been in contact with Johns Hopkins University about its psychedelics studies with an eye toward seeing if the drugs can be helpful for fighters dealing with brain issues, UFC president Dana White told MMA Junkie on Wednesday.

“We’re diving into that,” White said.

UFC senior vice president of health and performance Jeff Novitzky told ESPN that the interest came from a segment from HBO’s “Real Sports” last month. Novitzky said White gave him a “directive” to look more into psychedelic research and he has been in contact with Johns Hopkins over the past few weeks.

The UFC has been a key funder of a professional athlete brain study being conducted by the Cleveland Clinic Lou Ruvo Center for Brain Health, contributing another $1 million last week. Novitzky said the promotion could look to be a benefactor toward a psychedelic study with the added possibility of recruiting current or former UFC fighters to be part of the research.

“Dana said, ‘Hey, find out what this is about,'” Novitzky said. “To see if it does help with some traumatic brain injury, addiction, mental-health problems. We want to be on board and we want to be first.”

Johns Hopkins is the nation’s leader in research on the therapeutic effects of psychedelics such as psilocybin (mushrooms) and LSD. The Johns Hopkins Center for Psychedelic & Consciousness Research gained regulatory approval from the U.S. government in 2000 and has produced more than 60 pieces of peer-reviewed research.

Currently, psilocybin and other psychedelics are classified by the U.S. government as illegal Schedule I drugs, defined as drugs with a high potential for abuse or drugs that have no medical uses.

However, views on psychedelics are changing. Oregon legalized psilocybin in a vote last year.

“Our research has demonstrated therapeutic effects in people who suffer a range of challenging conditions including addiction (smoking, alcohol, other drugs of abuse), existential distress caused by life-threatening disease, and treatment-resistant depression,” states the Johns Hopkins Center for Psychedelic & Consciousness Research website.

Former UFC flyweight contender Ian McCall has been working with psilocybin and athletes and has taken part in a study with Johns Hopkins, he told ESPN’s Michael Rothstein last year. McCall said he has already had discussions with the UFC.

“When you go into a cage, when you go into a ring and you fight and even football, you’re giving and receiving [post-traumatic stress syndrome] and no one wants to talk about it, but that’s what’s happening,” McCall said. “Your trauma is stored in your tissue, so you’re actually giving and receiving PTSD while you’re in there and that’s a big reason why I work in psychedelics, to try and fix those exact things. We need to take care of these athletes a little better, just like we need to do with vets.”

Novitzky said he has spoken to athletes who have experimented with psychedelics such as ayahuasca, and those who have struggled with addiction or mental health have said the drug has been extremely helpful. The UFC exec said he’s not sure on a timeframe on when the promotion could do something in the psychedelic field, but that the desire is there.

“We want to do it the right way,” Novitzky said. “We want to get all the government approvals if we’re going to do something. We want to figure out how we’re going to recruit fighters. Unfortunately, it’s not something that happens overnight. But Dana has basically instructed me: ‘Hey I want this looked into. Bring me some potential avenues we can be involved.'”

White said, like with the UFC’s participation in the brain health study, there is a desire to look more into potential therapies for fighters with brain issues. UFC veteran Spencer Fisher opened up about his health problems, including lesions on his brain, in an interview with MMAFighting.com that was published Tuesday.

“He’s not the first and he’s definitely not gonna be the last,” White said of Fisher. “This is a contact sport. Anyone has ever done this [when they were] younger — myself included — is dealing with brain issues. It’s part of the gig.”