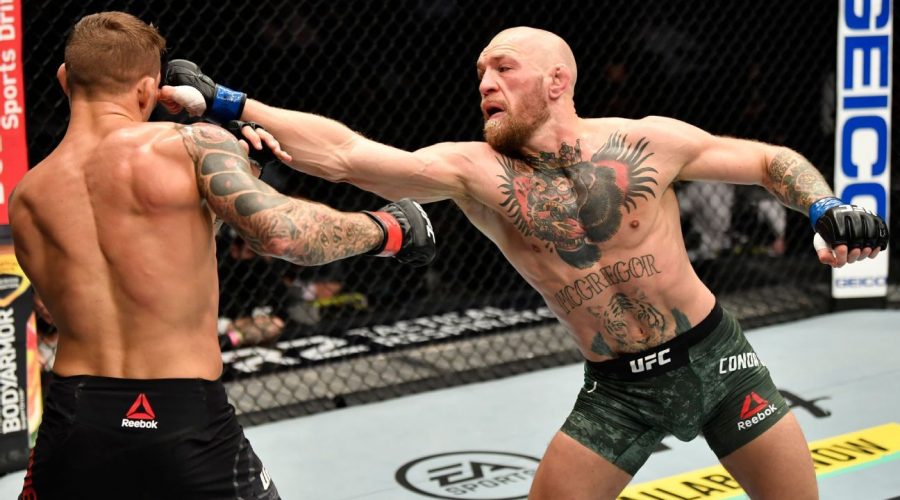 The UFC’s blockbuster fight of the summer will go down this weekend in Las Vegas, as Dustin Poirier and Conor McGregor meet for a third time at UFC 264.

The rivalry is tied at 1-1, with one knockout on each side. McGregor (22-5) finished Poirier in the opening round back in 2014. Poirier (27-6) evened the score with a second-round knockout at UFC 257 in January.

Saturday’s fight will not just be for bragging rights between the two, but it also will shape the immediate future of the lightweight division. McGregor, 32, is looking to prove he’s still an elite talent, despite a 1-2 record since 2016. Whoever wins is expected to move on to a title fight against Charles Oliveira, although it’s possible McGregor may consider other options.

Ahead of this critical showdown, ESPN asked former UFC middleweight champion Chris Weidman, who has analyzed the first two fights of this trilogy, to break down the keys to the matchup and pick a winner.

Editor’s note: Weidman’s breakdown, as told to ESPN’s Brett Okamoto, has been edited for brevity and clarity.

One of the main things I noticed in the January fight was that Conor wasn’t in his typical karate stance, where he is bouncing up and down and trying to draw guys toward his big left hand. In that fight, it looked like he was just plodding forward and looking to box. That’s great for his punches, but it’s tougher to check kicks in that type of stance. Poirier took advantage of that.

Conor was in a traditional boxing stance, looking to put a lot of pressure on Poirier. His hands were up, and all the basics were right, but he didn’t move in the way we’ve seen him move before. I mean, look at the Jose Aldo fight [in 2015]. Conor was just bouncing, bouncing, bouncing. It’s an uncomfortable feeling when you’re going against a guy like that. It creates an overreaction, where you throw big punches he can counter.

I don’t think it’s a big secret Poirier wants to drain Conor’s cardio, and there’s nothing better at draining cardio than wrestling and grappling exchanges.

Poirier got him down early in the last fight, but Conor got back to his feet. He framed to control positioning and did a great job of staying relaxed. He ended up turning Poirier toward the cage. But even though Conor did great in these exchanges, not allowing Poirier to do anything with his left hand, I just think the stress of the position was not comfortable for Conor.

I think Poirier will grapple as much as he possibly can. Any time there’s a clinch where he has Conor on the cage is a good thing. Any time he gets Conor down, or even gets into a scramble on the mat, in Poirier’s mind is a win for him. He’s looking at Conor’s stamina bar and waiting for it to deplete.

When Conor defended takedowns in the last fight, he did not immediately disengage and get back to the center of the Octagon. I feel like he should. As soon as he’s in any of these positions, there’s no more playing around, no chilling and relaxing. Just get the heck off the cage.

Conor’s only focus in the last fight was punches. Dustin was thinking about takedowns and kicks.

Conor really needs to start kicking the kicker. If you’re just trying to box a kicker, his legs are longer than your arms, so the opponent is gonna always connect before you do. If you want to get inside and box, you’ve got to kick first and work your way in. You’ve got to get the opponent to respect your kicking. You can’t just be walking forward.

As that last fight went on, Conor wasn’t able to throw punches from a strong base after eating those kicks. You could see his right foot not moving anymore, and he was obviously in pain. And Poirier started to feint as that happened, his confidence rising. The fact Conor caught a calf kick and then threw up a crappy kick of his own, you just knew he was not himself in that moment. The punches he was throwing were just arm punches.

Once Conor’s leg was hurt, Poirier started looking for the finish. Man, you don’t want to be hurt against Dustin Poirier. His hands are so crisp when he’s going after that finish.

Watching the last fight, you could see the confidence getting sucked out of Conor.

But I don’t think there is reason to question his confidence going into this fight. Conor is known for dealing with pressure. At the same time, if you just got knocked out and now you’re facing that guy again, that’s a lot of pressure. “What if it happens again?” There’s no question that’s in Conor’s mind.

But there’s also a lot of pressure on Poirier. He looked amazing in January, but if he loses this fight, what does he have to stand on?

I’d like to see the old Conor back, with all the mental stuff going on. I’d like to see him talking trash. He was so good at the mental warfare game and fighting with extreme confidence. He had guys beat before they even walked in the cage, and then he’s bouncing in their face and throwing these crazy kicks. They just wanted to kill him, and that made them overextend themselves. That’s where Conor is most dangerous.

After watching their second fight, I’ve gotta go with Poirier. He just mixes it up so much better than Conor, and you could see in January that Conor just didn’t have that same energy we are used to seeing him have. That excitement. That fire. He’s always had that, where he just walks in the cage and is like, “This is my cage.” You didn’t see that in him last time. So, until Conor can prove me wrong, I’ve gotta go with Poirier.