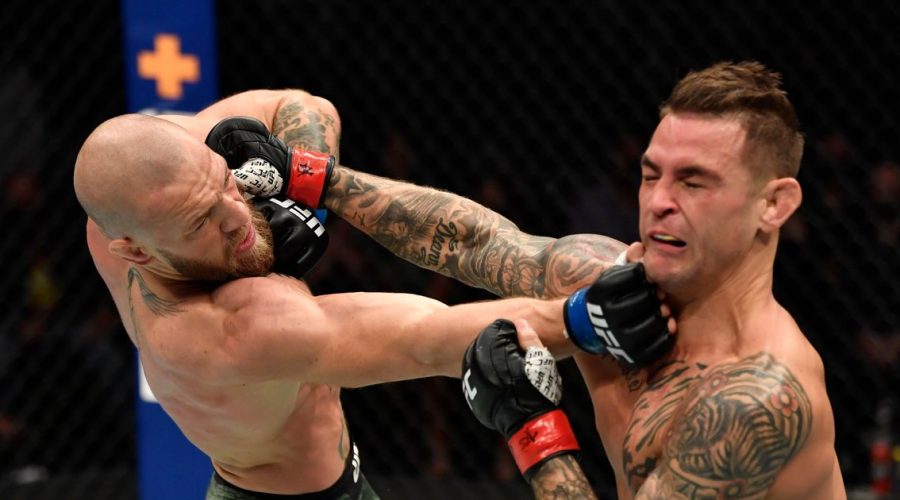 Conor McGregor has warned Dustin Poirier that he has dug himself an 'early grave' by agreeing to a third fight between the two at UFC 264.

The pair will square off in a trilogy bout on July 10 at the T-Mobile Arena in Las Vegas, and the Irishman has told Poirier that he won't be lasting the distance when they meet in the cage.

McGregor tweeted of the fight to his 8million followers: "3 fights against me for any man is an early grave. God bless."

And earlier in the week, he took to Twitter to critique Poirier's stand-up skills in an x-rated rant, saying: "Best boxer, my a**! Shooting a**, shelling ass b****.

"Quick take for you and your team pal – You’s [sic] got pucked around in the clinch! Elbows, knees, shoulders, fists. Looking outside the cage for advice. #strikerturnedwreslter #dustyb****."

The message was a response to Poirier questioning his abilities as an all-round martial artist in a recent interview with ESPN. Poirier explained: “He just said something, ‘the first one to shoot is a dusty b****’, isn’t he the one that’s always preaching about the flow, the full martial arts, no holds barred, the ultimate fighting?

“How about the first one to get taken down is a dusty b****? This is mixed martial arts, put it all together. It reeks of insecurity.”

The American comprehensively won the first rematch back in January via TKO in the second round, with McGregor facing a swarm of violent punches.

But ever since that defeat, in typical McGregor fashion he has spoken loudly about his opponent’s tactics, particularly his tactic of going for early takedowns.

Two weeks ago the Irishman posted on social media “the first one to shoot is a dusty b****” referring to Poirier’s tactic of shooting for McGregor’s legs in the second fight.

McGregor and his coaching team have been hinting that he will be ditching his "Mr Nice Guy' image going into this vital third fight with Poirier.

McGregor showed first Donald Cerrone and then Poirier plenty of respect in the build-up to their respective fights since returning from a heated rivalry with Khabib Nurmagomedov.

But he now appears to be getting back to his old ways as he prepares for one of the biggest fights of his legendary UFC career.

If McGregor can beat Poirier, he will be all set for another lightweight title shot against newly-crowned champion Charles Oliveira.

He has fought for the belt twice in his time with the promotion, becoming champion with a decisive knockout win over Eddie Alvarez in 2016 at UFC 205 in a bout that made him the first simultaneous two-weight world champion in the sport.

And he fought again as a challenger in his 2018 cage return against Nurmagomedov, facing the Russian who had taken the strap while he was stripped for inactivity in preparation for his boxing debut.

July 3, 2021 MMA Comments Off on McGregor warns Poirier has dug himself "an early grave" by accepting third fight
NFL News