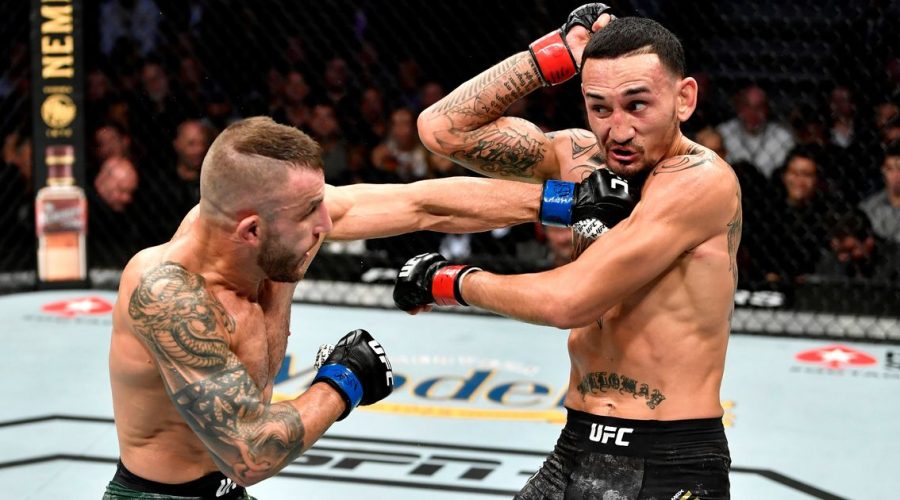 Max Holloway has pulled out of his featherweight title fight against Alexander Volkanovski that was set for UFC 272.

The former champion lost his title to Australian Volkanovski back in 2019 when he came out the wrong end of an unanimous decision at UFC 245.

And when they rematched the following year at UFC 251, fans and experts were outraged when he was beaten by his rival on the scorecards in a split decision.

The pair had been set to do battle once more on March 5 in Las Vegas, with the card being confirmed in recent days to also feature Petr Yan's rematch with Aljimain Sterling for the bantamweight belt.

But the UFC will need to find another plan for Volkanovski after Holloway was forced to pull out of the fight after aggravating an old injury in training.

The fight cancellation was first reported by ESPN, and neither fighter has made comment yet on the bout being called off.

It remains to be seen whether or not the champion will stay on the card against another contender, or if he will wait until Holloway is healthy.

Holloway had earned himself an unprecedented third shot at Volkanovski after picking up wins against Calvin Kattar and Yair Rodriguez last year.

He couldn't finish either of the top featherweights, but the dominance of his wins earned him $50,000 bonuses both times.

Meanwhile, Volkanovski has defended his title once against Brian Ortega in the last year after a battle with coronavirus kept him out for a prolonged period.

The Australian fought off several submission attempts from the talented grappler Ortega and out-struck his opponent to win a lop-sided unanimous decision.

The match-up between Sterling and Yan is still an exciting one, given the controversial finish to their last meeting.

Yan entered the bout as champion, but was disqualified after a dominant performance when in the fourth round he landed an illegal knee that rendered Sterling unable to continue.

Are you disappointed to learn of Holloway pulling out of the fight? Let us know your thoughts in the comments section below!

Sterling has been unable to compete since, but Yan has gone on to beat Corey Sandhagen and capture the interim title.

Elsewhere on the card, unbeaten Bryce Mitchell will face the toughest test of his career when he faces renowned Brazilian striker Edson Barboza.

Exciting Chinese prospect Xiaonan Yan will also take on Marina Rodriguez while a fascinating lightweight fight between Jalin Turner and Jamie Mullarkey has also been confirmed.

The event will take place at the T-Mobile Arena in Las Vegas, and will be the promotion's third pay-per-view event of the year.