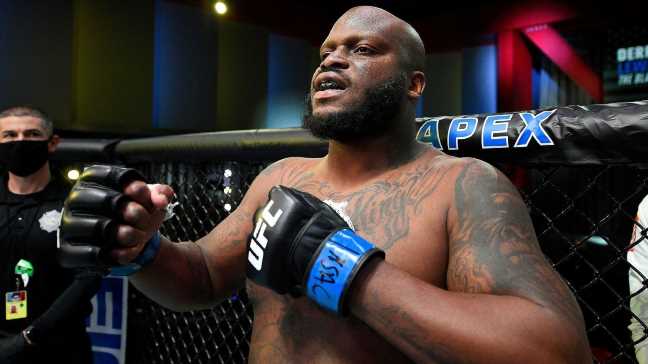 Curtis Blaydes made no apologies about his strategy coming into a huge heavyweight fight with Derrick Lewis. Blaydes was going to use his dominant wrestling early and often. He told anyone who would listen.

Maybe it was a decoy. But Blaydes should have stuck to his original game plan, as Lewis crushed him with an uppercut knockout at 1:26 of the second round in Saturday’s main event of UFC Fight Night in Las Vegas.

Blaydes gained confidence on the feet in the first round and only attempted one takedown, which Lewis stuffed. And Lewis, one of the most dangerous KO artists in the history of MMA, made him pay.

It was the biggest upset in a UFC main event since Michael Bisping beat Luke Rockhold at UFC 199 in 2016, according to ESPN Stats & Information research. Lewis was a +350 underdog, per Caesars William Hill, ESPN’s odds provider. Bisping was +400 against Rockhold five years ago.

With the stoppage, Lewis ties Vitor Belfort with the most knockouts in UFC history (12). Lewis is now tied for the second-most wins in UFC heavyweight history (16) with Frank Mir. Andrei Arlovski is the all-time UFC heavyweight wins leader with 19.

Saturday’s finish came when Blaydes ducked in, trying to close the distance for a clinch or takedown. Lewis saw it coming and let loose with a massive uppercut. Blaydes’ body shook on impact, and he was unconscious as he fell to the canvas. Lewis followed up on the ground with punches until referee Herb Dean came in to pull him off.

“That was the only punch I was waiting for the entire fight,” Lewis said. “I knew he was gonna come in. … That’s all I was waiting for. I wasn’t worried about throwing a one-two, a jab or anything.”

Blaydes was very effective in the first round on the feet, landing hard combinations and chewing up Lewis’ lead legs with kicks. He ended up outlanding Lewis 28-7 in significant strikes. Lewis did land a hard right hand early that wobbled Blaydes briefly, but otherwise, Blaydes was in control.

That’s how the second round started, as well, but Lewis is always a threat to put an opponent to sleep. And Blaydes got caught with a bomb of an uppercut.

Blaydes didn’t land a single takedown in the fight. He had 59 career takedowns landed in the UFC, the most in UFC heavyweight history.

The bout was originally scheduled for Nov. 28, but Blaydes tested positive for COVID-19, and the contest was pulled one day prior to the event before official weigh-ins. Coming in, ESPN had Blaydes ranked No. 3 and Lewis ranked No. 5 in the world at heavyweight.

Francis Ngannou is getting the next title shot at champion Stipe Miocic at UFC 260 on March 27 and pound-for-pound great Jon Jones seems waiting in the wings for the winner. Lewis is now in pole position in case something happens with any of those athletes, but he said it would be silly to say he wants a title shot next given Ngannou and Jones are ahead of him.

Lewis instead said he wants to fight Alistair Overeem next despite Overeem coming off a knockout loss to Alexander Volkov.

UFC Fight Night took place at the UFC Apex, the promotion’s venue across the street from its corporate campus in Las Vegas.

Lewis (25-7, 1 NC) has won four straight. He was coming off a KO win over Aleksei Oleinik in August. The Houston resident owned the most knockouts in UFC heavyweight history already before Saturday. Lewis, a 36-year-old fan favorite, has won seven of nine and 13 of 16 overall.

Blaydes (14-3, 1 NC) had won four straight coming in and most recently beat Alexander Volkov by unanimous decision win last June. The Illinois native, who trains out of Colorado’s Elevation Fight Team, had lost to only one man in the UFC before Saturday: Ngannou, twice.

Blaydes, 30, is a former NJCAA national champion in wrestling and usually touts his takedown-and-ground-control-based style in MMA.