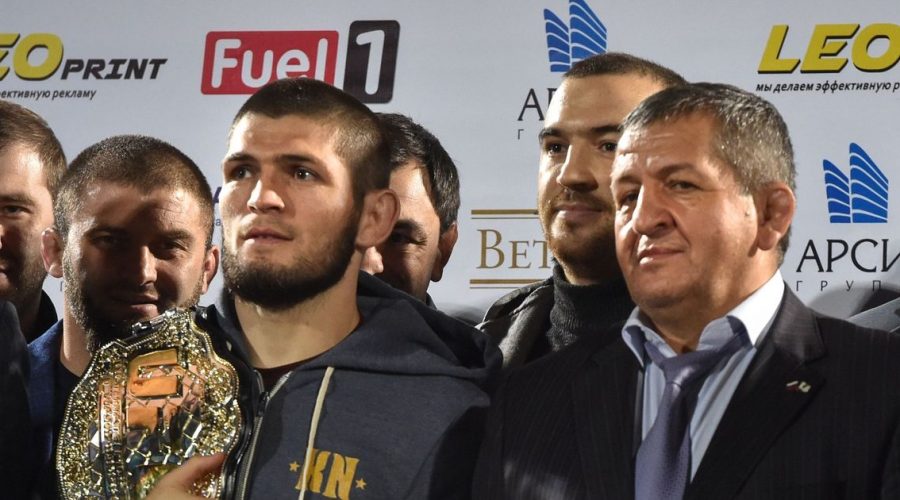 Khabib Nurmagomedov has paid an emotional tribute to his father Abdulmanap on the one-year anniversary of his passing.

The legendary UFC lightweight champion was trained by his father, and only fought once without him in camp before retiring on the request of his mother.

Abdulmanap was a vitally important figure within the Dagestan-native's camp, and was able to corner him in their last fight together; a lightweight title defence in Dubai against Dustin Poirier at UFC 242.

He died in hospital early last year, and Khabib has taken to social media to share a video of his father feeding horses with a heartfelt caption.

“It’s been a year today since the Father is gone,” Khabib said in a statement, originally posted in Russian on his Instagram page.

“This event has increased my belief that in this world we own nothing, not out children, not our parents, not our property – everything we have is temporary.

“All things belong to Allah alone and to him we shall return, tie your hearts to Allah, stay more alone with Him, for a time will come when we will all be put in the grave where we will be alone.

"Our friends, relatives, property and connections will not be there, only our deeds and report.”

Khabib vowed to remain retired after his father and mentor passed away last year.

He has since reiterated that stance telling reporters in Russia last week that he has "no desire to come back, and I don't think I ever will"

The MMA legend also spoke recently about the toll his fights take on his mother, who was the one to request that he give up the sport after his bout with Justin Gaethje last year.

“It’s very hard when you have power, when you’re the best in the world, when you’re famous, have money and say to everything like this, ‘No.'," he said.

"It’s very hard. People maybe will never understand me, but I really hope they’re going to support my decision because everyone has their views.

“My view and my relationship with my mother, I feel like I have to stop because I feel like in every fight, every training camp, this takes some age away from my mother."

Abdulmanap was unable to corner his son during his later American bouts due to complications with his visa, and was absent when he fought Conor McGregor at UFC 229.

The event was the biggest pay-per-view in the sport's history, and saw Khabib finally put a stamp on the undisputed title after two years of confusion due to McGregor's inactivity and move to boxing.

And the Russian was offered a reported $100m to take a boxing match this year with similarly legendary and undefeated Floyd Mayweather.

The American went 50-0 in his boxing career, and his most recent professional win was over Khabib's arch nemesis McGregor in 2017.

But the Russian turned down the offer, maintaining his dedication to retirement and Mayweather was forced to take on YouTube star Logan Paul instead on June 6 in Miami.

July 4, 2021 MMA Comments Off on Khabib remembers his father in emotional tribute on anniversary of his death
NFL News