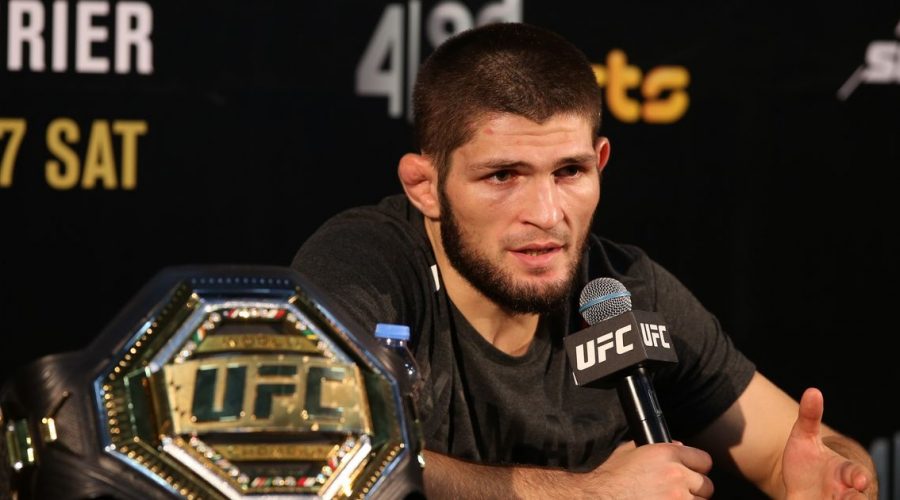 Khabib Nurmagomedov will not return to the UFC to face Rafael dos Anjos despite a tweet from the Brazilian claiming a 'deal' had been agreed.

The former lightweight champion has been linked with a return to the sport against the likes of Conor McGregor after retiring with a second round stoppage victory over Justin Gaethje back in October 2020.

However, Dos Anjos, who lost to Nurmagomedov in 2014, claimed that a deal had been struck whereby he would take on rising star Islam Makhachev and that Nurmagomedov would end his retirement to face Dos Anjos should he win.

Dos Anjos tweeted: "I just heard back from the UFC that Islam accepted to fight me Oct 30; five rounds in Abu Dhabi and Khabib agreed to come out of retirement to avenge his brother’s loss after that."

But Nurmagomedov's long-time manager Ali Abdelaziz dismissed the claim in a statement issues to MMA Fighting.

"[UFC matchmaker] Sean Shelby reached out about Islam fighting on Oct. 30 cause they value him in this region and I appreciate that," he said.

"A couple names come up, Rafael's name came up. Islam's on the plane going to Russia. Islam is planning to fight in December. I told the UFC when Islam lands, I'll call Sean Shelby back but it's nothing else.

"Listen, I like Rafael. Got no problem with Rafael but he's trying to catch some hype but whatever he's saying it's not true. Khabib's name is not even on the list. The only thing I know is the last time they fought, Khabib beat him 30-26. That's the only thing I remember from this fight.

"Khabib is retired and I think people should not talk about Khabib out of respect. If Rafael wants this fight, no problem, he got the fight. It's no problem.

"A couple days ago Rafael dos Anjos said he didn't want to fight Islam. Now Islam is No. 5, he wants to fight him. Listen, he's a former champion, a great fighter and Islam has no problem fighting him but it's going to be when Islam is ready to fight.

Dos Anjos has been very active in calling out a range of fighters since his return from a leg injury nears, including McGregor who he revealed he would be keen to fight and believes he would 'smash him'.

His potential opponent Makhachev has just featured on his first main event at UFC Fight Night on ESPN 26, and put it another dominant display to defeat Thiago Moises by stoppage to put himself in a position to move up the rankings and become a leading contender.

Makhachev's manager Abdelaziz has also proposed that Makhachev should fight McGregor in the future in the future, despite a queue of potential opponents calling out the Irishman including Jake Paul and Paulie Malignaggi in the boxing ring.