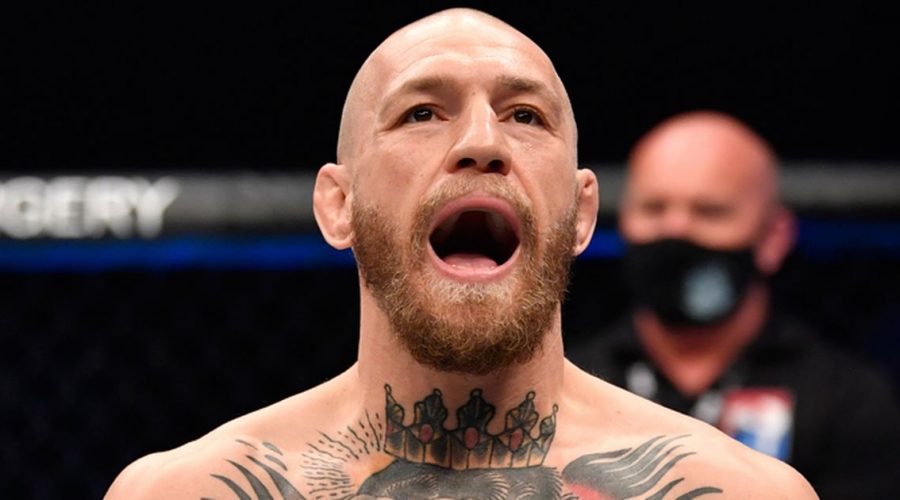 Jake Paul thinks Conor McGregor has taken things a step too far with his recent rants on social media.

McGregor has come under heavy scrutiny in the past few weeks for lashing out at former fighters such as Khabib Nurmagomedov and Daniel Cormier.

He seemingly mocked the death of Khabib's late father and coach, Abdulmanap, when he tweeted: "Covid is good and father is evil?"

McGregor was replying to Khabib congratulating Dustin Poirier on his UFC 264 win, as the Russian wrote: "Good always defeats evil".

The former two weight UFC champion lashed out at Cormier for his commentary skills and labelled him as a "fat drunk f***". He also said it was a "sackable offense" for Cormier to be drunk at his media appearance following the UFC 264 weigh-ins.

Paul thinks that McGregor, who is without a win at 155-pounds since defeating Eddie Alvarez in 2016, is struggling to come to terms with his recent form in the octagon.

“Look, he’s this guy that was the sh** for so long and the center of attention, and now his career has plummeted. He’s falling off. He’s 1-3 in five years and it seems as if people don’t really care. He’s disrespectful," Paul told MMA Junkie.

"It’s not even that he’s being disrespectful, he just looks dumb with the sh*t that he’s saying. Threatening to kill people and then he’s out partying, back to drinking, hitting the clubs in L.A. I don’t know, man. I think it’s over for him and I don’t think his ego can maybe accept that.”

Will McGregor be able to bounce back from his recent losses? Comment below

The internet star Paul turned boxer Paul will step into the ring later this month to fight former UFC welterweight champion Tyron Woodley. Paul is adamant he has the skills to become a world champion boxer and eyes a fight with the pound-for-pound No.1 Canelo Alvarez.

Paul played down a trilogy fight between McGregor and his rival Nate Diaz, stating it would be more interesting if he was the one to fight the UFC fan favourite.

After McGregor's TKO loss to Poirier back in January, Paul trolled the Irishman by having a custom-made 'sleepy' chain of McGregor on the canvas after his loss.

McGregor is likely to be out for a year after breaking his tibia in his trilogy fight with Poirier.