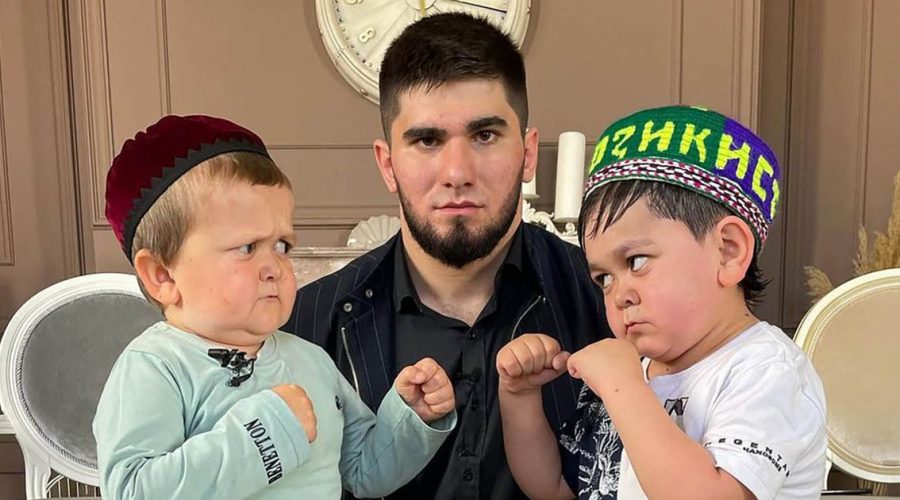 Hasbulla and Abdu Rozik are set to go head-to-head with reports the UFC have bought the rights to the potential bout.

The TikTok sensations have long been rumoured to be in talks over a fight and both were guests of Dana White at UFC 267 in Abu Dhabi last month.

They clashed at cageside following the conclusion of the co-main event between Petr Yan and Cory Sandhagen with Hasbulla aiming a kick at his rival.

Rozik later held up a handwritten note which read: "Hasbulla! Can you read this? Sign the contract… Stop talking so much!! Can you tell me your actual talent or only strawberry. Are you following me on Instagram, which is your account??"

HAVE YOUR SAY! Who would win a bout between the two rivals? Make your prediction by clicking here

And promoter Ashab Tamaev has confirmed that he has now sold the fight to the UFC in a social media post.

White has previously admitted there was a chance the fight could take place, telling Barstool Sports: "So I am going to tell you something. The video that he [Hasbulla] sent 'Dana White, I'm coming to Abu Dhabi for UFC 267.'

"So when I posted that with me on the plane saying I'm coming, it's the biggest post I've ever posted. I have 6.7 million followers on Instagram, and 6.4 million people watched that video. That's f*****g crazy.

"It was incredible. I love the kid. Is there more than a zero percent chance [that he fights in the UFC]? Yes!"

However, White had previously suggested that Hasbulla’s father would block any attempt for his son to ever get in the ring and compete.

He added: "From what I hear, his father is super protective of him. If that's the case, you don't want your kid fighting."

Both men suffer from a type of dwarfism and their reported bout drew criticism from Russia’s Dwarf Athletic Commission.

“It's not even like a show fight – they get paid a lot of money and it’s a show to make people laugh," a spokesperson said.

"There’s nothing serious about this, this isn’t sport. This is unethical, wrong, from my point of view. It seems to me that only on the one hand it can be correct and beautiful – if martial arts among small people are made a Paralympic sport."